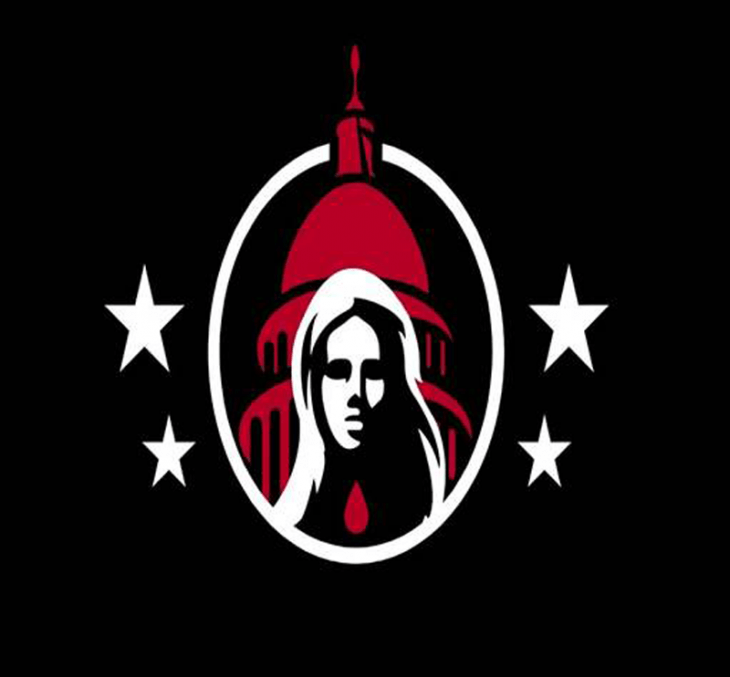 Right-wing extremists have taken up a new standard that they are using to quietly advance their twisted cause. The flag is appearing on right-wing accounts on platforms such as Telegram, MeWe, Minds, Gab, 4chan and 8kun where extremists are memorializing “a fallen martyr” and calling for justice.

This new symbol of resistance bears the image of Trump supporter and QAnon follower, Ashli Babbit, who was killed during the Capitol siege. Babbit is featured with a single drop of blood on her neck where she was shot. Four stars surrounding Babbit represent the “4 Martyrs” (Capitol insurrectionists) that were killed during the attack. The Capitol in the background depicts the location of the siege and is colored red to represent “the innocent blood that was spilled”

The insurgents have taken new, bizarre, comical even, stances around their newest crusade. As part of their campaign, Right-wing extremists are trying to twist prior causes to their own distorted platform referring to Babbit as “the white man’s George Floyd” and demanding “Say her name”. Their claim is that the Capitol police used unjust force on those that broke into the Capitol building. Yes, read the previous statement again but don’t waste too much time trying to figure it out.

Here are a few variants of the Capitol insurrectionists’ flag: