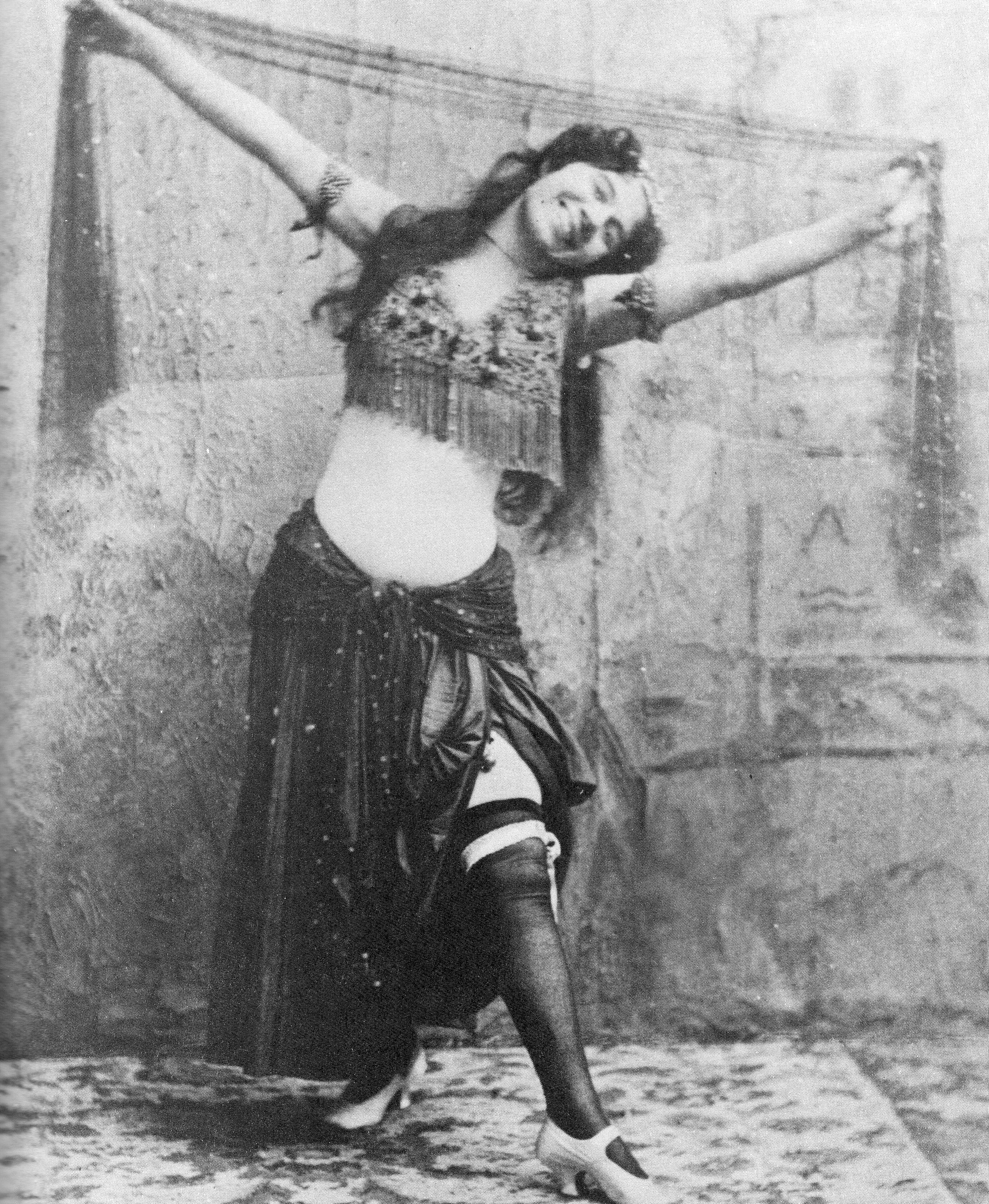 In 1893, the United States was introduced to a radical new form of dance. Although the public was initially shocked to see the sensual and titillating movement of the dancer on stage, the Hoochie Coochie (or Hootchie Kootchie) belly dance caught on and became the precursor to the striptease type dances that would arrive generations later.

In 1893, the World’s Columbian Exposition (or the “Chicago World’s Fair”) was held in Chicago, Illinois. The event celebrated the 400th anniversary of Christopher Columbus’s arrival in the new world in 1492.

The fair had a profound impact on architecture and the arts. It was at the Chicago World’s Fair, the world was introduced to the first Ferris Wheel (designed by George Ferris), Buffalo Bill’s Wild West Show, neon lights, Juicy Fruit gum, the hamburger, postcards, Hershey’s chocolate, the zipper, and a popular belly dancer, “Little Egypt” who performed on the mock streets of Cairo during the five-month long fair.

At the Chicago World’s Fair, Sol Bloom (the infamous entertainment producer) directed a show call “The Algerian Dancers of Morocco” at the fair attraction called “A Street in Cairo”. The show featured a Syrian dancer named Spyropoulos, or “Little Egypt” as she came to be known on stage.

Sypropoulos’s provocative dance was a huge hit at the fair. Customers, particularly men, lined up to see her dance the “hoochie coochie” or “shimmy and shake” dance.  Little Egypt performed the dance, to the song that eventually became known as The Snake Charmer Song, night after night during the five months long fair.

Although the dance was already popular in other parts of the world, particularly Egypt, a titillating belly dance (the word “belly dance had not been introduced yet) such as the one Sypropoulos performed was without equal in the United States. The “danse du ventre” (literally “dance of the belly”) was different, scandalous, and shocking. The public was delighted.

After Sypropoulos’ Hoochie Coochie performance at the Chicago World’s Fair, several other women dancers adopted the name of Little Egypt and toured the United States performing some variation of the Hoochie Coochie dance, until the name Hoochie Coochie became synonymous with exotic dancers.

Note: There is no official spelling of “Hoochie Coochie”. Newspapers in the day spelled the dance in a wide variety of manners. Other spellings of Hoochie Coochie include hoochy coochy and hutchi cutchi.