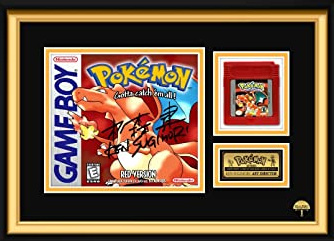 Pokémon has undoubtedly left its mark on pop culture. Two different Pikachu balloons in the Macy’s Thanksgiving Day Parade, an appearance on the cover of Time magazine, Pokémon jets operated by All Nippon Airways, thousands of merchandise items, and a theme park in Nagoya, Japan in 2005 and Taipei in 2006, all attest to the impact the cute little monster characters had on our culture.

During the 1990’s, Pokémon movies, games, and trading cards exploded in popularity with millions of games sold throughout Japan and the United States.  As the franchise expanded and demand exceeded supply, Pokémon trading cards were introduced which set off a trading craze throughout playgrounds all around the country.  Children bartered and traded to collect the most powerful and sought after trading cards.

Satoshi Tajiri was a small child in Japan with a fondness for catching and collecting bugs. As he grew older, he wondered if he could develop a game that would entail catching and collecting creatures. When he reached adulthood, he formed the company Game Freak. Setting his idea in motion, they began designing the Capsule Monsters game for the new Gameboy platform. After several failed attempts at pitching this idea to Nintendo, they finally agreed to fund the project. Six years were spent developing the “Capsule Monsters” games that would become a worldwide sensation. Before it was released in Japan, the name of the game was changed to “Pocket Monsters.” In the United States the product name was shortened to “Pokémon”.

The first Pokémon games came to the Nintendo Game Boy system in Japan on February 27th, 1996. The game allowed the players to catch, train and trade 151 creatures and become a Pokémon Master. Due to high sales, Pokémon Red and Green were swiftly followed up with Pokémon Blue, which had improved graphics and sounds.

The Pokémon franchise expands to include trading cards

After the release of the Gameboy video games, a Pokémon Trading Card Game was developed by Media Factory with its own set of rules. The first set of cards was released on October 20th, 1996.  The set contained 102 cards and became extremely popular with children all over Japan and the United States.

Soon Pokémon toys, comic books, lunch boxes, bedspreads, t-shirts, books, and other Pokémon paraphernalia were developed and sold in retail stores all over the country.

The TV series itself was a huge hit in Japan until the infamous December 16, 1997, incident which featured flashing blue and green lights that triggered epileptic fits and left about seven hundred some people sick. The show was immediately cancelled pending investigation (the following April the show returned and continued onward with no further incidents).

Why was behind the staggering success of Pokémon?

Most think that the success of the Pokémon franchise was primarily due to the lengthy list of character names that could be learned by children and repeated in their group of peers. The rich fictional universe provided plenty of opportunities for discussion and demonstration of the knowledge in front of their peers. Children could pick their favorite Pokémon and affirm their individuality while at the same time affirming their conformance to the values of the group, and they could distinguish themselves from other kids by asserting what they liked and what they didn’t like from every chapter.

Some Christians, Jews, and Muslims have criticized Pokémon. Christian concerns over Pokémon have primarily addressed perceived occult and violent themes as well as the concept of “Pokémon evolution” (which some relate to the theory of evolution), which is said to go against the Biblical creation account in Genesis, which most Japanese, not adhering to Christianity, do not believe in. The Vatican, however, has countered that the Pokémon trading card game and video games are “full of inventive imagination” and have no “harmful moral side effects”. The game continued to be popular well into the year 2010 and remains popular today.