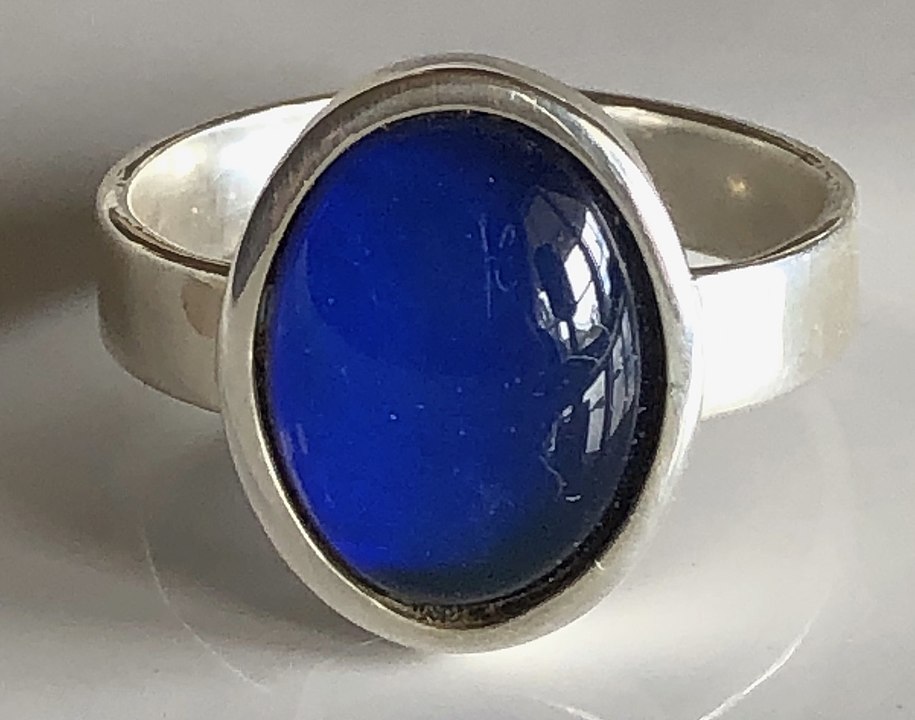 Invention of the Mood Ring

In 1975, jewelry designer Marvin Wernick accompanied a physician friend to an emergency and marveled when his friend applied thermotropic (meaning, changed by temperature) tape to a child’s forehead to take her temperature. Using this same principle, he took a hollow glass shell and filled it with thermotropic liquid crystals. He then attached the glass shell to a ring so that when worn on the finger, the thermotropic material would change temperatures and color.

Failing to patent the idea, Wernick missed an opportunity to ride the wave of the new fad. Joshua Reynolds was the first to popularize the rings. Reynolds envisioned the mood rings as “portable biofeedback aids” and managed to sell $1 million worth of them in a three-month period in 1975. Even so, Reynold’s company went bankrupt, victim of a flooded market of imitations.

Mood rings became extremely popular during the 1970’s and for a few years, were considered a serious piece of jewelry. The mood ring fad peaked in the late 1970’s and they are now seen as an icon of the 1970’s culture.

Thermotropic crystals respond to changes in temperature by twisting. The twisting changes the molecular shape of the crystal which alters the wavelengths of light that are absorbed or reflected and hence causes the crystal to change colors.

Mood rings can’t tell your emotional state with any degree of accuracy, but the crystals were calibrated with have a pleasing blue or green color at the average person’s normal resting peripheral temperature of 82°F. As the body temperature increases, which it does in response to passion and happiness, the crystals twist to reflect blue. When you are excited or stressed, blood flow is directed away from the skin and more toward the internal organs, cooling the fingers, causing the crystals to twist in the other direction, to reflect more yellow. In chilly weather, or if the ring were damaged, the stone would be dark gray or black and unresponsive.