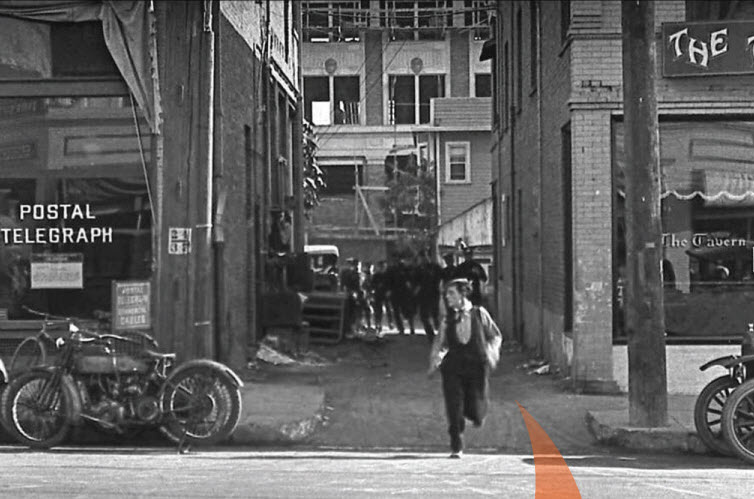 Hollywood historians are stepping up efforts to have this alley designated a historical location.

The film frame above is from a 1922 silent comedy film starring Buster Keaton, one of multiple classic films shot in the same alleyway. The Kid (1921), Cops (1922), and Safety Last (1923) each had scenes shot in the alley. The location was popular because at the time, it was one of the few passable gritty lanes in an area that was still mostly fruit orchards.

The alley is located at 1640 Cahuenga Blvd in Los Angeles, California.