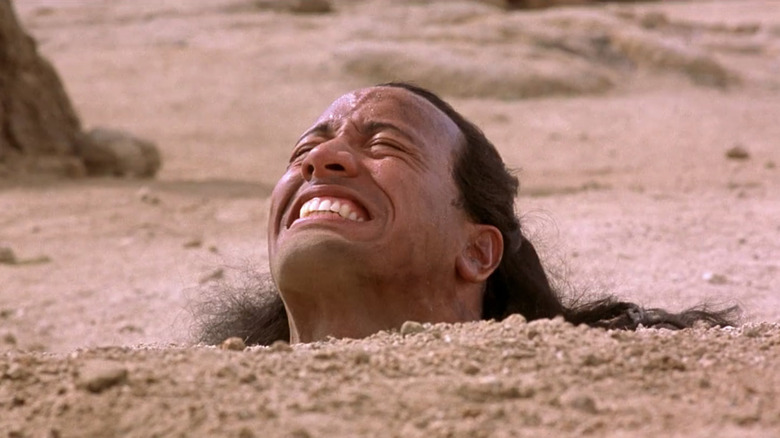 About the Scorpion King reboot movie.

In an interview with Screen Rant, producer Dany Garcia confirmed that a Scorpion King reboot is still in the works.

“Universal had come to us and really wanted to figure out how we can open up that world again. So we’ve been having a lot of fun figuring out how we want to crack that. But that is in the works. We’re looking at bringing a ‘Scorpion King’ world back to life. And it’s such a special property because for me, it was my first film I ever worked on. It’s when I realized I wanted to be a producer. It was [Dwayne Johnson]’s first starring role. So there’s a lot of love for that franchise. And if we can figure out how to bring it back to the fans in a fun way, it would be really rewarding for us.”

Universal Pictures and Dwayne Johnson and Dany Garcia’s Seven Bucks Productions are looking to relaunch a new Scorpion King movie and have set Jonathan Herman to pen the script. Johnson and Garcia will produce along with Seven Bucks’ Hiram Garcia. Insiders say it is unlikely Dwayne Johnson will appear in the film.

Universal’s Senior VP Production Jay Polidoro and creative executive Tony Ducret will oversee the project on behalf of the studio.