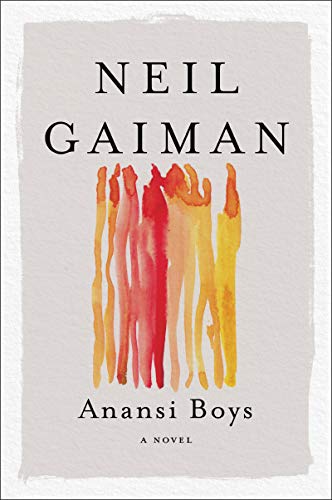 About the Anansi Boys TV series.

On July 21, 2021, it was announced that Amazon had ordered a six-episode limited series adaptation of Neil Gaiman’s fantasy novel Anansi Boys. The show is produced by Amazon Studios, The Blank Corporation, Endor Productions, and Red Production Company.

Anansi Boys follows Charlie Nancy, a young man who is used to being embarrassed by his estranged father. But when his father dies, Charlie discovers that his father was Anansi: trickster god of stories. And he learns that he has a brother. Now his brother, Spider, is entering Charlie’s life, determined to make it more interesting but making it a lot more dangerous. Anansi Boys is a stand-alone story, not a sequel or spin-off of Gaiman’s novel American Gods, but Mr. Nancy, who was played by Orlando Jones in the Starz adaptation, does appear in both books.

Variety reports that Malachi Kirby will star in the series adaptation of Neil Gaiman’s Anansi Boys. Kirby will play the dual lead roles of both Charlie Nancy and his brother, Spider. Filming is still expected to begin in Scotland later this year.

Delroy Lindo has been cast in a lead role of the upcoming Amazon series adaptation of the Neil Gaiman novel “Anansi Boys”. Lindo will star as Anansi/Mr. Nancy.

It was announced today that Amazon had ordered a series adaptation of Neil Gaiman’s Anansi Boys. Filming is scheduled to begin in Scotland in late 2021.