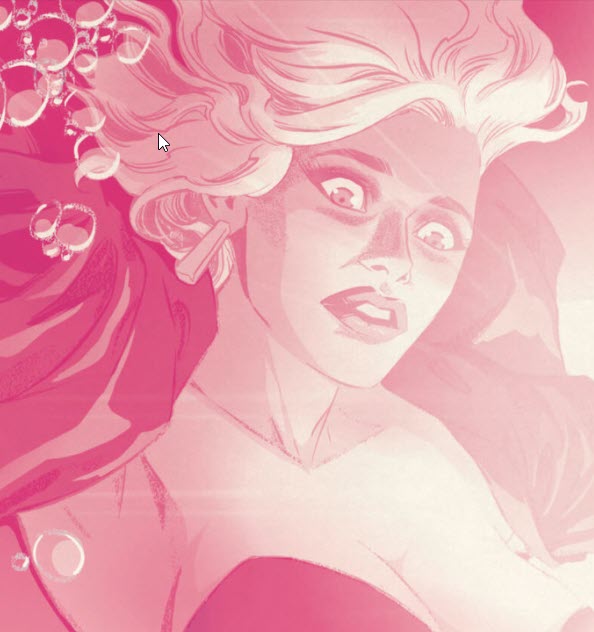 Chariot is based on the wonderful AWA (Artists, Writers, and Artisans) graphic novel written by comic book creator and screenwriter Bryan Edward Hill (American Carnage, Bitter Root), drawn by Priscilla Petraites (Rat Queens) and edited by AWA Chief Creative Officer Axel Alonso. Warner Bros. nabbed the rights in July 2021 and described the film as a “fusion of True Romance and The Matrix”.

Chariot is one of those spirit-moving comic books that grab you so hard, you won’t stop reading until you’ve finished the series. The story centers around a top-secret, high-tech vintage sports car inhabited by the consciousness of America’s top female spy, Gillian. When a down-on-his-luck junkyard dog with a good heart, Jim, discovers the car, Gillian reveals herself and “negotiates” a bargain with him – help Gillian find a body and in return, Gillian will help Jim get back on his feet. The pic was sold as a synthwave sci-fi thriller with strong roles for two A-list actors. We could easily see this become a franchise or TV series.

On July 12, 2021, Warner Bros. announced Joseph Kosinski would direct with Julian Meiojas (The Flash) writing the screenplay. Shawn Levy and Dan Cohen are producing with Kosinski. AWA’s Zach Studin is the exec producer. The project is the first for recently formed AWA Studios, the film and TV arm of the graphic fiction publisher.

Image Credits:
• Frame from Chariot showing the moment her consciousness enters the car via AWA Studios with usage type - Editorial use (Fair Use)

Featured Image Credit:
• Frame from Chariot showing the moment her consciousness enters the car via AWA Studios with usage type - Editorial use (Fair Use)