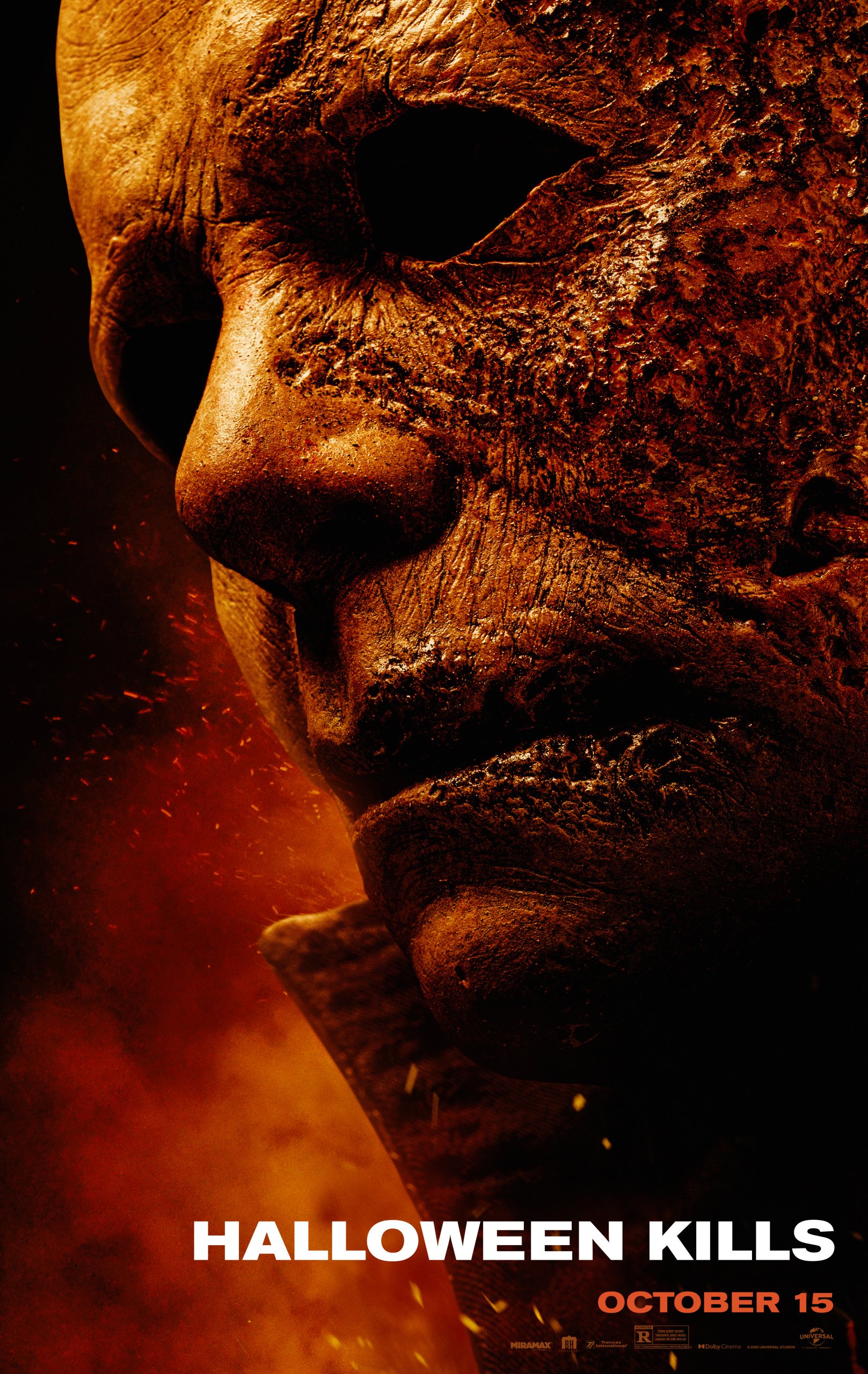 About the Halloween Kills movie.

Halloween Kills is directed by David Gordon Green and written by Green, Danny McBride and Scott Teems. Jason Blum serves as a producer on the film through his Blumhouse Productions banner, alongside Malek Akkad and Bill Block. The movie is a sequel to 2018’s Halloween and the twelfth installment in the Halloween franchise. The film stars Jamie Lee Curtis and Nick Castle, who reprise their roles as Laurie Strode and Michael Myers, with James Jude Courtney also portraying Myers again.

Judy Greer, Andi Matichak, and Will Patton also reprise their roles from the previous film, with Anthony Michael Hall and Thomas Mann joining the cast. The film, which begins precisely where the previous film ended, sees Strode, along with her family, continue to fend off Myers with the help of the Haddonfield community.

In June 2018, writer Danny McBride confirmed that he and Green had originally intended to pitch two films that would be shot back-to-back, and then decided against it, waiting to see the reaction to the first film. Following the critical and commercial success of the last film, development on the sequel promptly began as early as October 2018. By February 2019, Teems was hired to co-write the script. The film’s title was officially announced in July 2019, along with its sequel (Halloween Ends). Principal photography commenced in September 2019 in Wilmington, North Carolina.

Halloween Kills is scheduled to have its world premiere at the Venice International Film Festival on September 8, 2021. The film is scheduled to be released in the United States on October 15, 2021, by Universal Pictures, after having been delayed by one year due to the COVID-19 pandemic.

“And the Halloween night when Michael Myers returned isn’t over yet.

But when Michael manages to free himself from Laurie’s trap, his ritual bloodbath resumes. As Laurie fights her pain and prepares to defend herself against him, she inspires all of Haddonfield to rise up against their unstoppable monster.

The Strode women join a group of other survivors of Michael’s first rampage who decide to take matters into their own hands, forming a vigilante mob that sets out to hunt Michael down, once and for all.

According to several sources, the body count in Halloween Kills is something to behold. Jamie Lee Curtis said,

“There’s an incredible amount of killing in this movie. It’s so bloody. It’s wild. David [Gordon Green] just went for it. This is such a vicious sequel. It’s relentless.”

Total Film has put the serial slasher on their cover and it gives us our best look yet at the new Michael Myers mask.

Picking up where Halloween 2018 left off…

Recall that Halloween 2018 completely rebooted the franchise. Laurie is not Michael Myers sister and instead, is a babysitter that was simply in the wrong place at the wrong time. No more “Myers was cursed by a cult” stuff. All of the convoluted stuff from the original franchise has been ditched. Instead, Myers escapes the Smith’s Grove Psychiatric Hospital 40 years after his Haddonfield killing spree, recovers his mask, and of course, goes after Laurie. Although Myers appears to have been killed (burned alive), in a post-credits scene, Michael’s breathing is heard, indicating that he survived.

Audiences polled by CinemaScore gave the film an average grade of “B+” on an A+ to F scale, and those at PostTrak gave the film an overall 75% positive score and a 65% “definite recommend”, while the social media monitor RelishMix noted a “positive buzz” response to the film online.