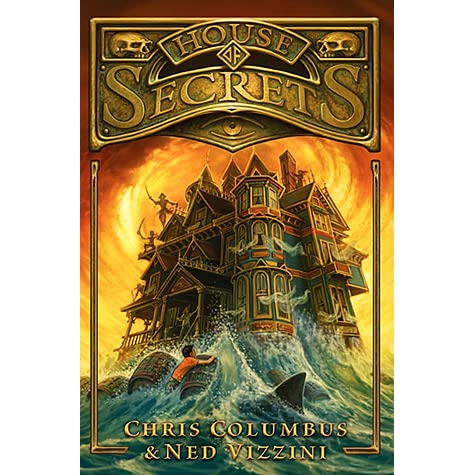 About the House of Secrets TV Series.

House of Secrets series in the works for Disney+. September 21, 2021

Disney announced today that director Chris Columbus (Home Alone, Harry Potter) is working on a live-action TV series based on his popular House of Secrets books. House of Secrets tells the story of siblings Brendan, Eleanor and Cordelia Walker, who aren’t pleased when their family relocates to a creepy Victorian house once owned by an occult novelist, Denver Kristoff. By the time the Walkers realize that their new neighbor has sinister plans for them, they’re trapped in the magical house, traveling through the fantastical intertwined universes of Kristoff’s novels.

“Chris, Michael and Mark tell stories that resonate with multiple audiences, across generations and genres that deliver a sense of magic and wonderment through definitional characters. There is so much affinity for their acclaimed films, and we are delighted to be working with them to develop House of Secrets into a thrilling Disney+ series.”

Columbus launched the House of Secrets books in 2013 and has said he was inspired by seeing the impact of the Harry Potter novels on kids, adding that he views the books as a “cousin” to his fan-favorite 1985 movie The Goonies.