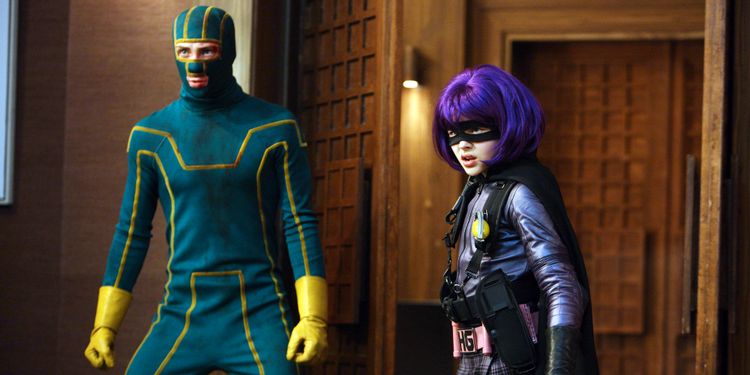 About the Kick-Ass reboot movie.

No synopsis has been provided but several years ago, director Matthew Vaughn said a sequel (or reboot) could potentially find Patience Lee, an African-American single mother taking on the vigilante mantle, stepping into the lead role.

Casting has not begun.

Project is in pre-production.

Matthew Vaughn, who directed the first “Kick-Ass” and produced its 2013 sequel, “Kick-Ass 2,” recently sat down for a roundtable where he revealed he wants to do a complete reboot of the Kick-Ass franchise when the rights to Kick-Ass revert in two years.

“It’s so fucking nuts that t I can’t talk about it. But we’ve got that ready to go. All the rights revert back in two years and then we’re going to reboot it where people will be like, he is insane.”

“The clue is in the title. I think ‘Kick-Ass’ … it became a new type of genre. Whenever we made it, everyone was like, ‘Oh, you can’t make R-rated superheroes. No one will want to see an R-rated superhero. You can’t do this. You can’t do that.’ So, I had to say ‘dare’ and it was so nuts that I went, ‘Yeah, great. It’ll cause just as much controversy, and everyone will talk about it and as many people will love it will hate it.’ Um, but I’m not saying it hasn’t got the characters in it and won’t have, you know. I’m just saying it’s not what any of-anyone could be imagining what it is. And I’m going to need one very, very brave actor or actress to play the new Kick-Ass because it will scare the s*** out of them.