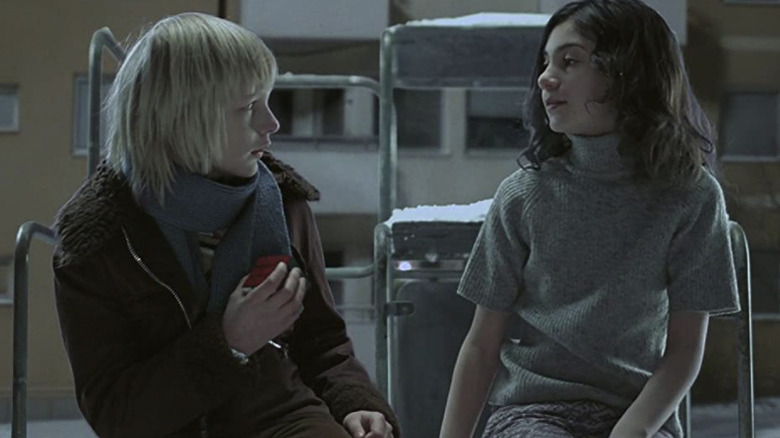 About the Let the Right One In TV Series.

Let the Right One In is a series adaptation of the Swedish novel and 2008 film adaptation of the same name. On September 22, 2021, Showtime ordered ten episodes of this new show, which begins production in New York City in early 2022.

Let the Right One In official synopsis tells us:

“Inspired by the original hit Swedish novel and film, the series centers on Mark (Bichir) and his daughter Eleanor (Baez) whose lives were changed forever 10 years earlier when she was turned into a vampire. Locked in at age 12, perhaps forever, Eleanor lives a closed-in life, able to go out only at night, while her father does his best to provide her with the human blood she needs to stay alive. With these emotionally charged and terrifying ingredients as a starting point, Let The Right One In will upend genre expectations, turning a naturalistic lens on human frailty, strength and compassion.”

Showtime releases trailer for Let the Right One In. July 27, 2022

Showtime has released a new trailer for its upcoming thriller, Let the Right One In, and it looks like it’s going to be the perfect Halloween show. The trailer opens with a young girl with blood smeared on her mouth. “We only stay alive by knowing when to run,” says Demián Bichir’s character. Hands coming out of a suitcase, bare feet walking on broken glass, and a young girl, who appears to have fangs, attempting to bite a kid’s neck as he tries to show her something. “Find the host. Fine the cure.” Check it out below.

Showtime gives Let The Right One In a series order. September 22, 2021

Showtime has ordered ten episodes of this new show, which will begin production in New York City sometime in early 2022.