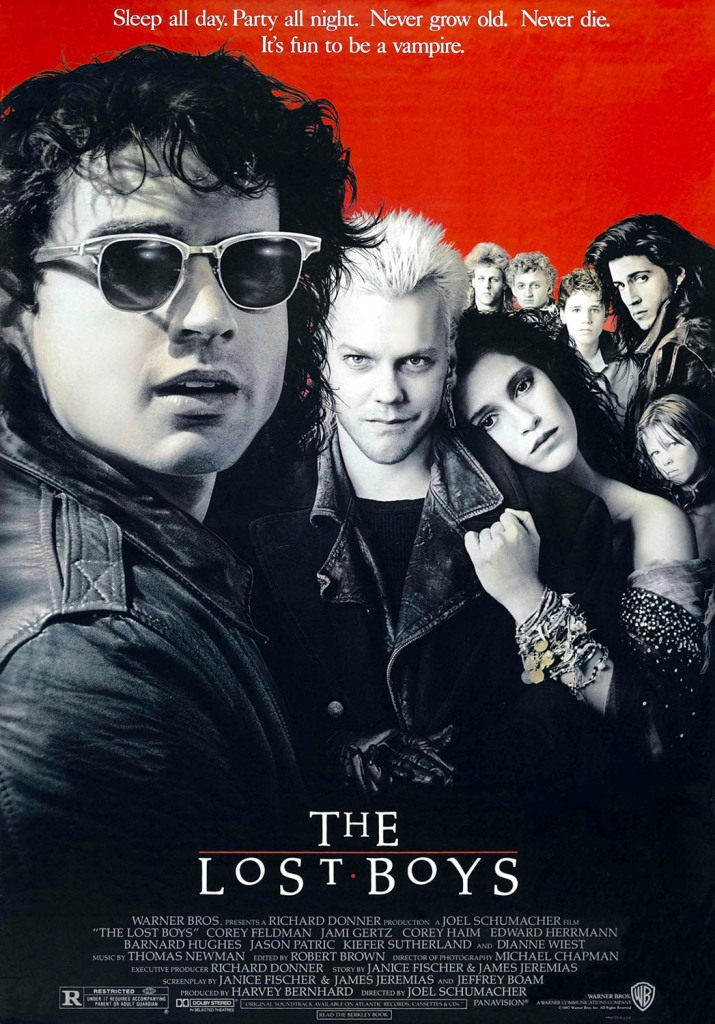 About the Lost Boys movie.

Warner Bros. is creating a brand-new, reimagined take on the 1980s vampire classic, The Lost Boys. In the original film, two brothers move to a California beach town and soon discover it is being terrorized by a stylish vampire biker gang.

Noah Jupe (A Quiet Place) and Jaeden Martell (It) will star in the film. Randy McKinnon will write the new Lost Boys, with Jonathan Entwistle on board to direct.

Brian Kavanaugh-Jones and Fred Berger will produce via their Automatik banner, which was behind the acclaimed indie Honey Boy (also starring Jupe) and also has sci-fi thriller Distant, from Amblin and Universal and starring Anthony Ramos, in the pipeline. Zac Frognowski and Josh Glick will executive produce the new feature.

Variety reports Warner Bros. is reimaging the 1980’s cult hit The Lost Boys with a modern-day take starring Noah Jupe (A Quiet Place) and Jaeden Martell (It, Knives Out). Rising scribe Randy McKinnon (Chambers) will write the new Lost Boys, with Jonathan Entwistle (End of the F***ing World) on board to direct.