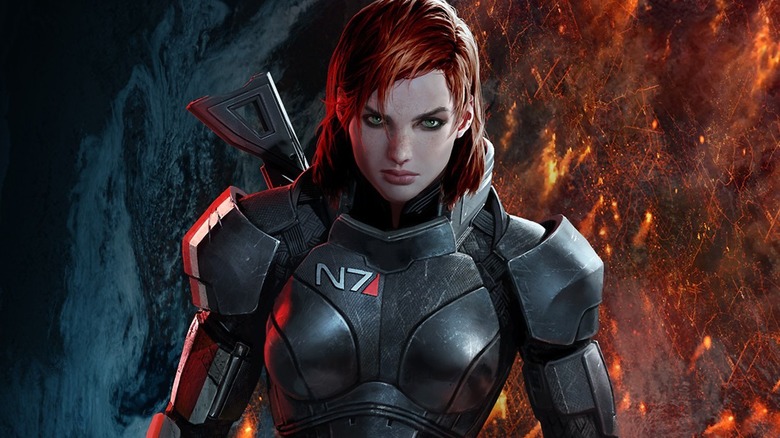 About the Mass Effect Series.

The Mass Effect game synopsis tells us: “In the year 2148, explorers on Mars discovered the remains of an ancient spacefaring civilization. In the decades that followed, these mysterious artifacts revealed startling new technologies, enabling travel to the furthest stars. The basis for this incredible technology was a force that controlled the very fabric of space and time. They called it the greatest discovery in human history. The civilizations of the galaxy call it… MASS EFFECT.”

Amazon is working on a deal to develop a Mass Effect series. November 23, 2021

In an interview with Deadline, it was disclosed that Amazon is about to close a deal to develop a Mass Effect series based on the popular video game.

“One of the company’s newest hopefuls in the arena is Mass Effect. Amazon Studios is nearing a deal to develop a series based on the best-selling sci-fi video game franchise.”

Amazon Studios head Jennifer Salike also confirmed that Amazon is throwing a lot of weight into the fantasy genre.

“You will see us continuing to invest in fantasy genre of all kinds, we have a genre-focused team on the ground in Studios who work tirelessly with our creative partners on those slates, and you can look forward to more.”