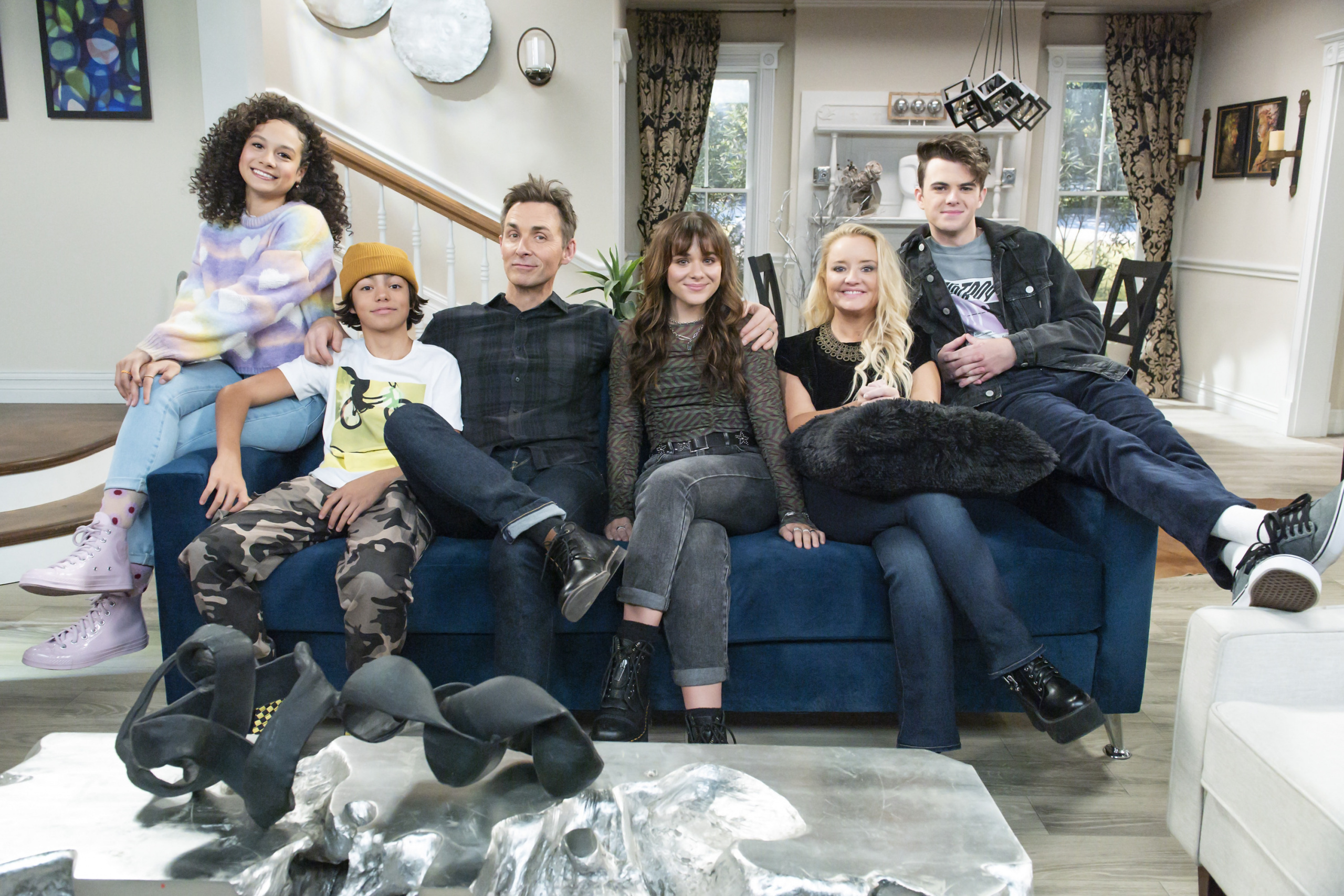 About the Meet the Mayhems Series.

At the center of the story is teenage Havoc, who stands up against the leader of all villains, forcing her entire family to change their identities and relocate to a Texas suburb where she now goes by the name Amy. With the help of her effervescent new neighbor Hartley, she must somehow hide her superpowers and quell her villainous nature in favor of something she’s fought against all her life — being normal.

“Meet the Mayhems” was created by Chris Peterson and Bryan Moore, who are also its executive producers and showrunners.

Meet the Mayhems is currently in production.

Disney Branded Television has begun on “Meet the Mayhems,” an original live-action comedy series about a family of raucous supervillains who recently ran afoul of the League of Villains and now must somehow beat a path to normalcy in a small Texas town. The series is scheduled to premiere in summer 2022 on Disney Channel and Disney+ platforms around the world.

“Chris and Bryan, along with this terrific cast, are fast at work to deliver a fun and entertaining ‘fish-out-of-water’ tale about an extraordinary family living an ordinary life. While they entertain, the stories also incorporate themes of self-confidence, personal responsibility, teamwork, justice and empathy.”