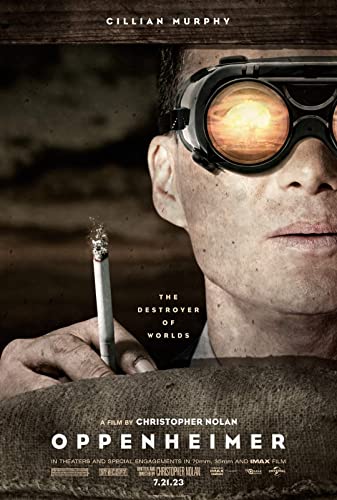 About the Oppenheimer movie.

The story of American scientist J. Robert Oppenheimer and his role in the development of the atomic bomb. “An epic thriller that thrusts audiences into the pulse-pounding paradox of the enigmatic man who must risk destroying the world in order to save it.”

Producers for the project include Christopher Nolan, Charles Roven, and Emma Thomas.

Jason Clarke (Silk Road, Pet Sematary) has been slated to join the cast of Christopher Nolan’s Oppenheimer along with Louise Lombard (After We Fell, After We Collided, CSI, NCIS). The A-list ensemble already includes Emily Blunt, Matt Damon, Robert Downey Jr., Florence Pugh, Rami Malek, Josh Hartnett, Kenneth Branagh and Cillian Murphy, who is set to star in the title role as J. Robert Oppenheimer, the scientist who ran the Manhattan Project that led to the invention of the atomic bomb.

Sources say Josh Hartnett has signed on to join the cast of Oppenheimer. He joins an A-list cast already includes Emily Blunt, Matt Damon, Robert Downey Jr., Florence Pugh, Rami Malek and Cillian Murphy, who is set to star in the title role as J. Robert Oppenheimer, the scientist who ran the Manhattan Project that led to the invention of the atomic bomb.

Christopher Nolan’s (Dark Knight, Tenet, Dunkirk) Oppenheimer continues to round out its cast with A-list talent. Florence Pugh (Hawkeye), Rami Malek (Bohemian Rhapsody) and Benny Safdie (Good Time) are the latest actors to bring their nuclear star power to Oppenheimer. The trio joins Robert Downey Jr. (Iron Man), Matt Damon (Good Will Hunting), Emily Blunt (Edge of Tomorrow) and Cillian Murphy (28 Days Later) on the call sheet in what has become one of the most stacked feature projects in recent memory.

Murphy is leading the cast, portraying the theoretical physicist who helped develop the atomic bomb during World War II.

Pugh will play Jean Tatlock, a member of the Communist Party of the United States who has an off-and-on affair with Oppenheimer and was the cause of major security concerns for government officials.

Safdie will play Edward Teller, the Hungarian physicist who is known as the father of the hydrogen bomb and a member of the Manhattan Project, the U.S. research initiative that developed the first atomic bomb.

Malek is playing a scientist.

Already on the roll call are Blunt as Oppenheimer’s wife, Katherine “Kitty” Oppenheimer and Damon as Lt. Gen. Leslie Groves, the director of the Manhattan Project. Downey is playing Lewis Strauss, the infamous chairman of the Atomic Energy Commission who initiated hearings that questioned Oppenheimer’s loyalty to the United States and famously had the scientist’s security clearance revoked.