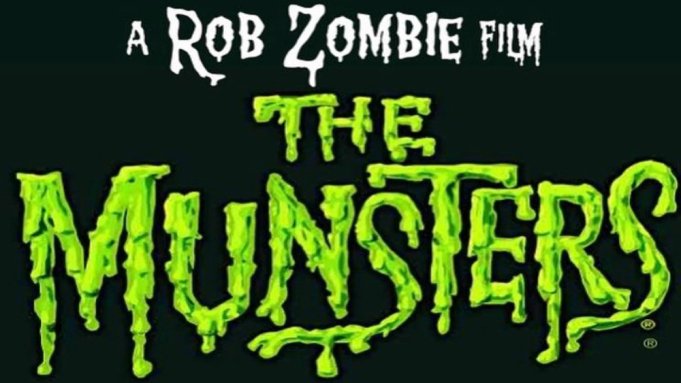 About the Munsters movie.

Producer Rob Zombie announced The Munsters via an Instagram post on June 7, 2021. Shortly thereafter, subsequent posts mentioned filming in Budapest. The project is set up at Universal Studios’ 1440 Entertainment home entertainment division. The 1440 arm makes live-action and animated films and series for worldwide distribution across all non-theatrical platforms, which indicates the movie will likely go directly to streaming on Peacock.

Lester the Werewolf will appear in The Munsters. April 26, 2022

We gotta admit, we didn’t see this coming. Remember Lester the Werewolf from the original Munsters? He looked like this:

Well, surprise, surprise. Lester is going to be in Rob Zombie’s The Munsters film. Zombie released the following today:

“CASTING NEWS! Straight from the set of THE MUNSTERS in beautiful downtown Budapest I give Lily’s werewolf brother LESTER as played by TOMAS BOYKIN. I am sure many of you may recognize Tomas from his appearance in 3 From Hell as Derek Zoom, a vocal Spaulding supporter. Get ready for Lester. He’s gonna make you howl with laughter.Rob Zombie again delights us with a candid backstage picture of the cast getting makeup touchups.

Rob Zombie again delights us with a candid backstage picture of the cast getting makeup touchups. March 29, 2022

Rob Zombie shared another BTS photo of the cast of The Munsters getting touchups. He captained the photo, “It takes quite a team to keep these Munsters looking so fresh and camera ready from sunrise too sunset.”

Can you guess who this is? It’s Cassandra Peterson, AKA Elvira, the Mistress of the Dark. Her surprise appearance in the upcoming Munsters flick became even more surprising when we found out she’ll play the part of a normal person – a real estate agent! Peterson recently told Variety:

“Here, I am playing this character that’s so so different from what I normally do, I’m playing a super straight character. Barbara is a normal woman, this real estate agent. It was exciting and terrifying, but it was really cool.”

Check out the amazing pictures of the Munster’s mansion. March 14, 2022

Rob Zombie today treated us to a plethora of pictures of the Munsters TV set. The pics are absolutely beautiful which really makes us hope Rob can capture the essence of the mansion on screen. It is clear that they spared no expense when designing the new Munster’s mansion.

It’s a bit of a surprise to use but certainly not a disappointment – according to Rob Zombie, the Munsters reboot will be rated PG. The rating makes sense given that “The Munsters” is based on the family-oriented sitcom. Still, many fans speculated the “Munsters” reboot would have a darker tone given the involvement of Zombie. When announcing the PG rating, Zombie said:

“For those of you speculating, wondering and assuming that ‘The Munsters’ would be dirty, violent and nasty…well, you are wrong. It’s all good down on Mockingbird Lane.”

Sylvester McCoy announced as Igor with new photo from the set. December 3, 2021

Director Rob Zombie posted the following on Instagram alongside the announcement,

I am very excited to bring you all this exclusive shot direct from the set of The Munsters and announce the casting of SYLVESTER McCOY as IGOR, the loyal servant to the Munsters. ☠️ You may remember Sylvester as the 7th Doctor Who or perhaps as Radagast from Peter Jackson’s The Hobbit. 🦇 GET READY FOR IGOR!

One of the horror genre’s most prevalent actors, Richard Brake, will be playing Dr. Henry Augustus Wolfgang, who is described as “Transylvania’s most popular mad scientist.” Brake is known for his roles in “Halloween II,” “3 From Hell,” and “31,” The Chemist in “Mandy,” Joe Chill in “Batman Begins,” the Night King on “Game of Thrones,” and Valin Hess in season 2 of “The Mandalorian,”

“I’ve drank with Stormtroopers, killed Batman’s parents, and popped into the Marvel Universe. But this!!!! This is a childhood dream come true. The Munsters!! So excited and grateful to be working with Rob, Sheri, Jeff and Dan on this kick ass film.”

Just in time for Halloween, Rob Zombie revealed pics of Herman Munster, Lily Munster, and Grandpa Munster sitting in front of the Munsters Mansion today. Along with the pic, he wrote:

Since Halloween is rapidly approaching I thought it was the perfect time to MEET THE MUNSTERS! Direct from the set in good old Hungary I present Herman, Lily and The Count sitting in front of the newly completed 1313 Mockingbird Lane. Showing the back of the actors’ chairs, we get official confirmation of Jeff Daniel Phillips as Herman Munster, Sheri Moon Zombie as Lily Munster and Dan Roebuck as Grandpa Munster.

And he shared a great closeup picture of Jeff Daniel Phillips as Herman Munster.

Director Rob Zombie shared more pictures of the Mockingbird Lane set. The new Munsters’ Mansion looks exactly like the old one! Zombie posted the following message on Instagram alongside a few new pics of the set.

“It’s a beautiful day in Budapest and good old Mockingbird Lane is coming along perfectly. Who wouldn’t want to live here?”

New Munsters special effects hint movie may be darker than we thought. August 17, 2021

Rob Zombie posted new pictures on Instagram today showing some of the special effects prosthetics and masks that will be used in the upcoming Munsters movie. We have to say, these are a lot scarier than we thought and hint that The Munsters may have a true horror element to it.

Producer/Director Rob Zombie posted an update on Instagram that showed the street in front of the Munsters mansion had been paved.

“Mockingbird Lane now has a paved street! Things are moving and grooving!”

First look at costumes and appliances from Budapest. August 2, 2021

Rob Zombie leaked a few more looks at costumes and prosthetics via Instagram today with this message:

“Things are really heating up in the wardrobe department here in Budapest. Here are a few quick glimpses.”

The spiderweb design looks like something Lily would wear and the ruffled cape on the hanger looks close to previously released design sketches for Lily. The cape of course, looks vampirish (aka Grandpa Munster). And finally, we get a first look at Herman Munster’s head appliance, fresh out of the mold and ready to be painted.

We got another inside look from Instagram today. This time Zombie showed us the construction site for the Munster’s home along with a quick animated video showing the entire street and this message:

“We aren’t just building the Munsters house. We are building all of Mockingbird Heights! 🦇 It’s a big job, but somebody’s got to do it.”

Specs and sketches of Herman and Lily Munster costumes (July 14, 2021).

Zombie took to Instagram for the second time this week to share specs and concept drawings for Herman and Lily Munster’s costumes.

Zombie has shared the blueprints for his team’s recreation of the iconic Mockingbird Lane house, which Zombie promises will be the “most perfect” one since 1964.

“The blueprints are done! Time to start the construction. Get ready for the most perfect Munsters house since 1964. I want this thing exact.”

The Munsters house used in the 1964-66 series, located at 1313 Mockingbird Lane, is an exterior set at Universal Studios, but has since been remodeled several times for use in other productions, including “Murder, She Wrote,” “Desperate Housewives” and “Everybody Loves Raymond.”

Zombie dropped what we must assume is a first look at The Munsters project. The picture is of the Munster’s mansion on the Universal lot. The house has been remodeled several times for other movies and has lost much of its original “scary” charm.

Rob Zombie announced he will be working on a remake of the popular 19650’s sitcom/comedy The Munsters.

“Attention Boils and Ghouls! The rumors are true! My next film project will be the one I’ve been chasing for 20 years! THE MUNSTERS! Stay tuned for exciting details as things progress!”

The Munsters was an American sitcom that depicted the day-to-day life of a family of benign monsters that aired for 70 episodes, and led to several made-for-TV movies.

Featured Image Credit:
• A Rob Zombie Film The Munsters via Deadline with usage type - Editorial use (Fair Use)