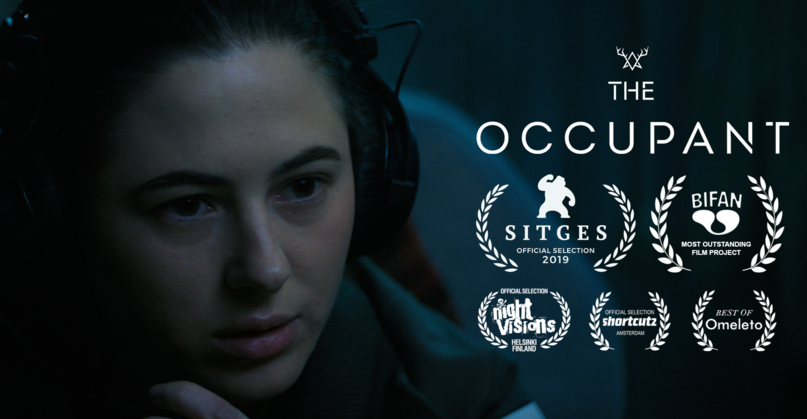 About the The Occupant movie.

Based off the popular 2019 short film of the same name, the highly-anticipated The Occupant is billed as a “high-concept” sci-fi thriller with a powerful psychological story at its core. In The Occupant, Ella Balinska (Charlie’s Angels, Resident Evil) will play a woman called Abby in a narrative that deals with themes of perception, manipulation, loss of loved ones and survival. On a desperate quest for her dying sister’s survival, Abby finds herself stranded and alone in the icy Russian wilderness, where a mysterious helper may or not be her salvation.

The Occupant is directed by Hugo Keijzer who co-wrote the script alongside Philip M. Howe and Roelof-Jan Minneboo. The film will be produced by Raymond van der Kaaij for Revolver Amsterdam (Love and Friendship) alongside Dutch producer Maurice Schutte and Elwin Looije, with Altitude exec producing.

“The Occupant is both a visceral survival story and a gripping journey into the unknown, which will be an immense challenge both physically and mentally for our lead actress. I’m thrilled to be working with Ella on this. She embraces the unique challenges that come with this project and she’s not afraid to reveal her most vulnerable side. I believe she has all the makings of a superstar.”

Prologue to The Occupant surpasses one million views. August 2019

The proof-of-concept short film for Hugo Keijzer’s The Occupant has reached more than a million views in under six months since its online premiere. The short which premiered at Sitges Film Festival has been very popular amongst online film fans. Check it out below. Stunning suspense!