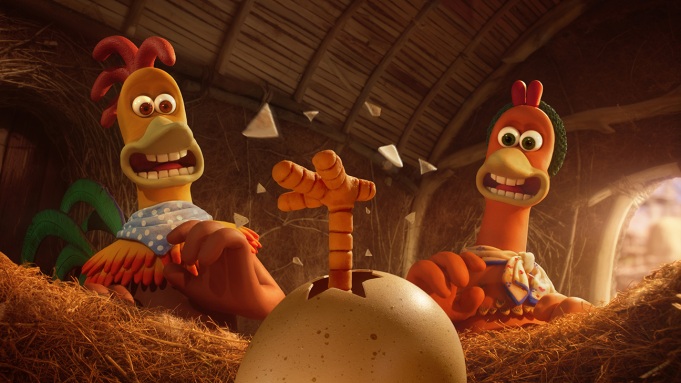 About the Chicken Run: Dawn of the Nugget movie.

Chicken Run: Dawn of the Nugget will appear exclusively on Netflix.

The original 2000 Chicken Run follows a flock of chickens determined to escape their inevitable fate at the farm where they’re being raised by Mr. and Mrs. Tweedy to become chicken pies. But Ginger the chicken, a strategist and mastermind, and Rocky the rooster, a snazzy American, organize their feathery friends to escape.

After the escaping from Tweedy’s farm in the original, Chicken Run: Dawn of the Nugget will show us Ginger having finally found her dream — a peaceful island sanctuary for the whole flock, far from the dangers of the human world. When she and Rocky hatch a little girl called Molly, Ginger’s happy ending seems complete. But back on the mainland, the whole of chicken-kind faces a new and terrible threat. For Ginger and her team, even if it means putting their own hard-won freedom at risk — this time, they’re breaking in!

Chicken Run: Dawn of the Nugget is currently in production.

Following the success of their first collaboration, Netflix and Aardman have announced development of the Chicken Run sequel, Chicken Run: Dawn of the Nugget. An official image was also released. Check it out below.