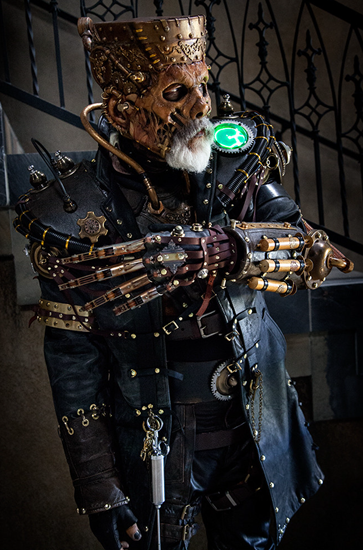 63-year-old Rick Baker has been creating special makeup effects since his teenage days when he built artificial body parts in his parents’ kitchen. Baker has done work on more films that we could possibly list here, including The Exorcist, King Kong, Star Wars, Harry and the Henderson’s, The Howling, Planet of the Apes, Men in Black, X-Men and many, many more. The steampunk reinterpretation of Frankenstein’s Monster above was debuted at an event celebrating his new cosmetics makeup line.