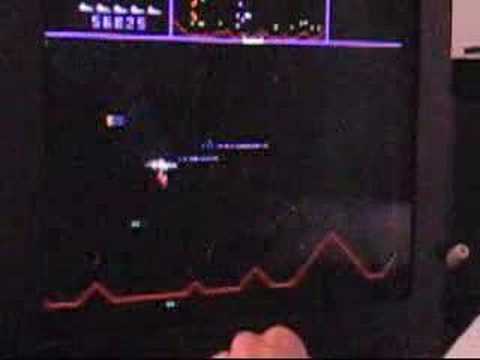 Williams Defender came out in 1980 with over 60,000 game cabinets made. This game is still one of the fastest paced games ever. When it came out people thought that it was no possible to pass 70k, later gamers would be turning the game over and experiencing the “no die” mode (which happened during game play due to a bug). The video below is Red version MAME its on a tougher setting than most arcades would set it at.

After 100k if you hang around for for over 10-20 seconds and waist time its not uncommon to get 5+ vaders on the screen.  This is using the original panel with a Hagstrom keyboard emulator module. The MAME plays like the original.