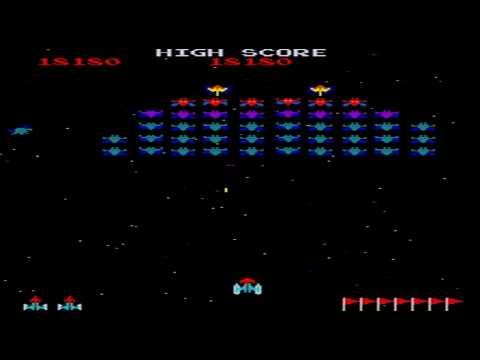 Galaxian was developed by Namco in 1979 and was released in the United States in 1980.  It was designed to be an improved version of the popular Space Invaders game and went on to become one of the most popular games during the golden age of arcade video games.  Its popularity spawned a sequel – Galaga.  The Galaxian flagship went on to make many cameo appearances in subsequent games including Pac-Man, Galaga, and Dig Dug.