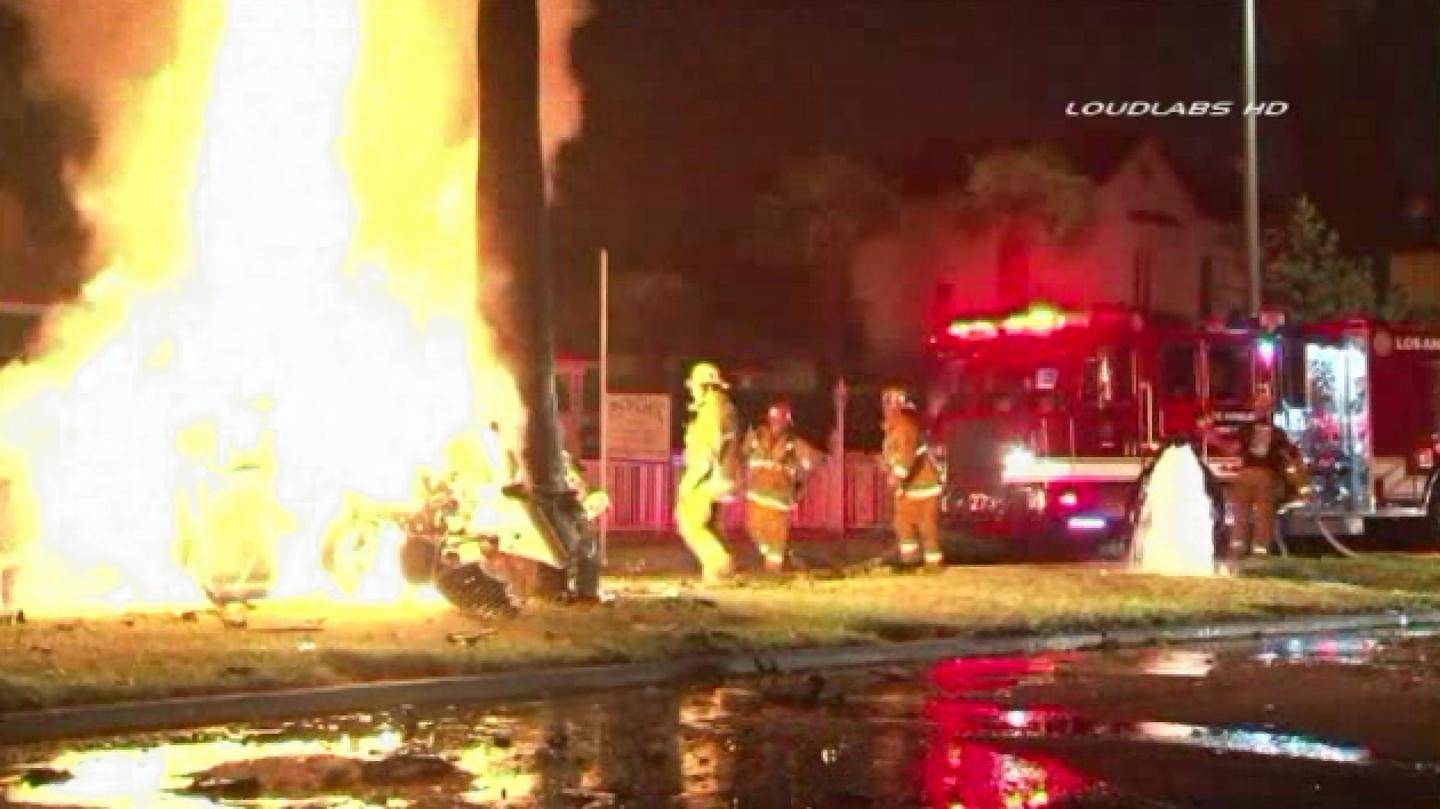 Michael Mahon Hastings, American journalist, author, and contributing editor to Rolling Stone magazine, had no second gear. Described as a person who “talked fast, smoked fast” and “vibrated energy”, his aggressive demeanor and penchant for writing the truth with no regard for consequences may have prompted his untimely death. In 2013, Hastings died in Los Angeles in a high-speed automobile accident that some believe to be the world’s first cyberattack against a car.

An innocent start – a tragic end

Michael Hastings began his career writing children’s stories for Scholastic, an educational magazine for kids. By 2002, he had moved to Newsweek where he earned accolades for his coverage of the Iraq War.

In 2007, while based in Iraq, his fiancée, Andrea Parhamovich, was murdered in a car ambush as her armed convoy moved through Baghdad. She had just left the headquarters of a prominent Sunni Arab political party, where she had been teaching a controversial class on American politics.

Just three years after the death of his fiancée, Hastings published a damning piece on US General Stanley McChrystal in Rolling Stone magazine. McChrystal was the Commander of NATO’s International Security Assistance Force in the Afghanistan war. According to Hastings’ report, the general and his staff were openly critical of White House policies that they claimed hindered their progress in Afghanistan. As a result of the article, on June 23, 2010, President Obama called McChrystal to the White House. That day, Obama released the following statement.

“Today I accepted Gen. Stanley McChrystal’s resignation as commander of the International Security Assistance Force in Afghanistan. I did so with considerable regret, but also with certainty that it is the right thing for our mission in Afghanistan, for our military and for our country.”

For the article, Hastings was awarded the 2010 Game Changer and prestigious Polk Award. He expressed surprise that his writing has produced such a profound impact.

“I did not think Gen. McChrystal would be fired. In fact, I thought his position was basically untouchable.”

In the aftermath, Hastings revealed that in the days preceding publication of the article, McChrystal staff members had made it clear they would deal with any egregious comments made against them or their leader. According to reports, they told Hastings:

“You’re not going to f@#K us, are you? We’ll hunt you down and kill you if we don’t like what you write.”

McChrystal was not the only person to be publicly annihilated by Hastings. Hastings wrote highly critical pieces regarding the military’s treatment of First Class Bowe Bergdah, who in 2009, was captured by the Taliban after abandoning his post on a US Army base in Afghanistan. Ultimately, against the wishes of “elements within the Pentagon”, Bergdahl’s traitorous actions were excused. He gained his freedom in exchange for five Taliban prisoners.

Hastings presents alarming evidence against the Department of Homeland Security

About a year prior to his death, Hastings again penned articles critical of US government actions. In February 2012, Hastings introduced allegations against the US Department of Homeland Security regarding acts of illegal surveillance of American citizens.

A few months later, it was discovered that Hastings himself was being investigated (possibly even surveilled) by the FBI for his “controversial reporting”. Official FBI documents, marked “Secret” and dated June 11, 2012, contained twenty-one pages of Hastings’ writing, private email excerpts, and contentious quotes against the US government.

One June 18, 2013, 33-year-old Michael Hastings was driving a Silver Mercedes C250 Coupe through Los Angeles, California. He had crossed Melrose when his car turned across the median and smashed into a palm tree. The speed of the vehicle was so great, the engine was ejected fifty yards from the point of impact. Hastings’ body was burned beyond recognition and although originally labelled “John Doe 117”, was ultimately identified using fingerprints from his FBI file.

The Los Angeles Police Department investigated the crash and found no signs of foul play. The coroner ruled the death an accident noting that the cause of death was “massive blunt force trauma consistent with a high-speed crash”. Days later, the police were quick to suggest drugs were the cause of the accident. However, researchers noted the conclusion contradicted the autopsy report which showed only a “small amount of amphetamine” in the blood consistent with intake “many hours before death” and “unlikely to have an intoxicative effect at the time of the accident. “

Police findings were further questioned when a witness came forward saying Hastings’ car seemed to be travelling at its maximum possible speed and was ejecting sparks and flames before it fishtailed and jumped across the median.  Another claimed the car burst into flames before the impact.  Later, CCTV video of the crash emerged which seemed to show the automobile’s power inexplicably shutting off moments before impact.

Friends and family came forward noting that in the days prior to his death, Hastings was openly afraid. A neighbor recalled Hastings pointing out helicopters above his home with fears that “they” were tracking him. Others confirmed Hastings was in a nervous state shortly before his death noting that he seemed paranoid and “incredibly tense”.

One friend, Cenk Uygur, recalls Hastings seemed “deeply agitated”. He scheduled a lunch with Hastings for the following Thursday. Hastings died before they could meet.

Hastings’ writing partner, Matt Farwell, says that three days before his death, Hastings told him that the FBI was about to interview him.

“He was being really cagey over the phone, which was odd, very odd.”

On June 17, the day before he died, Hastings sent a pleasant but puzzling email to colleagues explaining that he was “onto a big story” and needed to briefly “go off the radar”. He noted that the FBI was interviewing his close friends and associates and as he had previously told Farwell, were about to question him too.  The email read:

“Hey [redacted names] — the Feds are interviewing my “close friends and associates.” Perhaps if the authorities arrive “BuzzFeed GQ,” er HQ, may be wise to immediately request legal counsel before any conversations or interviews about our news-gathering practices or related journalism issues.

Also: I’m onto a big story and need to go off the radar for a bit.

All the best and hope to see you all soon.

Sergeant Joe Biggs was BCC’d on the email. Biggs first met Hastings when he was embedded in his unit in Afghanistan. Biggs said he was also alarmed by the email.

“I tried calling him when I got that e-mail ’cause I felt so f&*king scared, because it didn’t seem like him.”

The FBI flatly denied that they were investigating Hastings. Their claims were proven false when in July 2013, journalist Jason Leopold and MIT doctoral candidate Ryan Shapiro filed a joint suit against the FBI (case 1:13-cv-01139 in the US District Court) for ignoring their FOIA requests for Hastings’ file. On September 24, 2013, the FBI file on Michael Hastings was released. It totaled twenty-one pages with many of the paragraphs redacted (you can read the entire file below).

A few days after his death, WikiLeaks announced that Hastings had contacted them just hours prior to the deadly crash. LA Weekly revealed that Hastings was preparing a shocking report on the CIA. Hastings’ widow, Elise Jordan, confirmed that Michael was working on an expose of CIA Director John O. Brennan.

Was Michael Hastings killed by a hacked automobile?

It is clear that Hastings believed someone was pursuing him.  Just two weeks before his fatal crash, Hastings tweeted,

“First they came for Manning. Then Assange. Then Fox. Then the AP. Drake and the other whistleblowers – and NYT reporters too.”

Hastings’ demeanor, his suspicion that government agencies were “after him”, and conflicting evidence from the car crash have led many to believe his car was tampered with before the crash. The combination of excessive speed, no signs of controlled braking, sudden loss of power, and inexplicable explosion led researchers to the conclusion that the automobile was likely hacked, its computer functions modified to accelerate to maximum speed while disengaging the braking systems or killing the automobile’s electrical system (while potentially correcting the steering).

Researchers in 2010 proved the concept when they demonstrated how to take over a car’s vital systems by attacking the automobile’s computer system via the OBD-II port. Later they further demonstrated that it was even possible to hack a car using malware embedded in an MP3 music file and transmitted over a Wi-Fi connection. Car and Driver reported:

“Even though vital systems such as the throttle, brakes, and steering are on a separate part of the network that’s not directly connected to less secure infotainment and diagnostic systems, the two networks are so entwined that an entire car can be hacked if any single component is breached.”

USA today was the first to report that Hastings believed his car was being “tampered with”. Although the claim sounds astounding, Former US National Coordinator for Security, Infrastructure Protection, and Counter Terrorism, Richard A. Clarke, added the following:

“There is reason to believe that intelligence agencies for major powers — including the United States — know how to remotely seize control of a car. So, if there were a cyber-attack on Hastings’ car — and I’m not saying there was, I think whoever did it would probably get away with it.”

CCTV video of the crash

The Hastings deadly car crash was captured on CCTV video.  Unfortunately, the camera was positioned quite some distance from the crash.  A closer CCTV shot (from a home across the street) is believed to exist but has never been released.  Below is the CCTV footage of the crash.  I’ve added post-processing zooms and slo-mo analysis of the crash at the end of the video.

The following is the FBI surveillance data gathered on Michael Hastings.