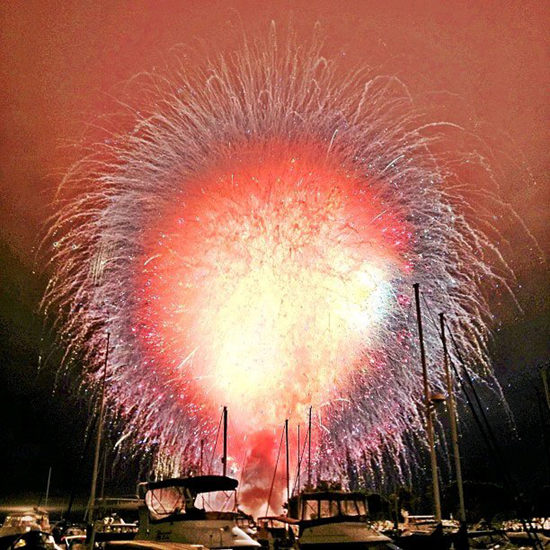 It was the most spectacular pyrotechnic display ever seen – or the worst. This is what it looks like when a computer malfunction causes an 18-minute fireworks show to be compressed into a stunning five-second display.

In 2012, the Big Bay Boom fireworks show was about to begin when thousands of people camped out on San Diego Bay were treated to the show of a lifetime. At 8:55 PM, five minutes before the show’s scheduled start, a sudden burst of fireworks shot into the air. The explosion caused a rumble that could be felt throughout the area.

Confused spectators milled around waiting for the rest of the show. A few minutes later, the announcement was made. “Go home, people. The show is over.”

The next day, the Port District confirmed a “technical difficulty” resulted in tens-of-thousands of fireworks going off simultaneously.

“The crew was up all night testing and retesting to find out what happened and they are “pretty confident” there was some sort of glitch in a computer program that was downloaded into all five systems coordinating the fireworks at all five stations.”

The producers of the show noted,

“The company has backup plans if the display doesn’t ignite but there is no backup plan if the fireworks ignite prematurely.”

A free makeup show was offered to the city but since fireworks only constitute about a third of the show’s costs, the offer was declined.

via Altered DImensions with usage type - Fair use (low res)