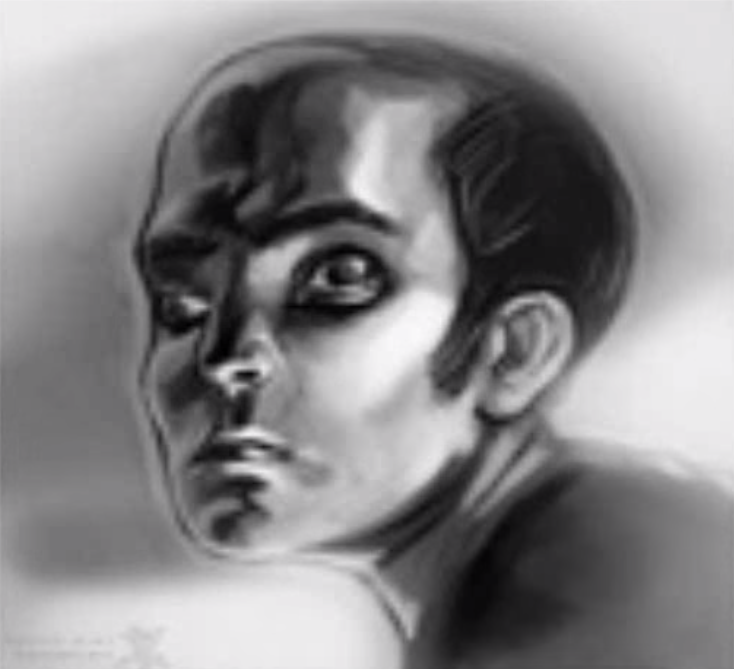 To date, more than 2,000 people from all over the world have come forward with claims they dreamt of this man in their dreams. They do not know each other, have never met each other, but dream of the same grim-faced man with thick eyebrows and dark peerless eyes. The mystery began in a New York City psychiatrist office in 2006.

Around 2006, a well-known New York City psychiatrist began drawing sketches of people and places she saw in her dreams. One face stood out – a man who seemed to hover around the edges of her dream, always watching her, never saying a word. She drew a sketch of the man, then forgot about it. After some time, a patient saw the sketch on her desk. The patient said she had seen the man in her dreams too. Neither person could recall ever seeing the mystery man in real life.

More people report seeing the same man in their dreams

Curious, the psychiatrist forwarded copies of the sketch to colleagues and asked that they query patients with recurring dreams to see if anyone else recognized the man. Within just a month, four patients came forward identifying the sketch as a man who occasionally visits them in their dreams. Oddly, all four patients referred to the man as “this man” (only slightly different from “the man” that was featured in a well-known 2009 hoax about dream commonalities).

Over time, hundreds more came forward, all claiming to have seen the same man in their dreams. One patient explained,

“I have had this recurrent dream for some years now. A tall, dark man shows me a picture and asks me if I can recognize my father in it. The man in the picture is this man I have never seen before.”

“I dreamt of this man when I was in the 10th grade. He hasn’t been in any recurring dreams just one very memorable and terrifying dream. In my dream I was stuck in a room sitting on a stool. A few feet away from me there was a television set. I was ‘visited’ by two men I had never seen before (not ‘this man’) and they both attacked me. I woke up covered in sweat and tears and I was screaming. I somehow fell asleep then I found myself back in the room. I started screaming and crying. Then This Man showed up on the screen. I begged him to not harm me. He didn’t change his blank expression or speak.”

One patient’s dream was sinister.

“My encounter with this man is so different than anyone else’s and too this day it’s the most vivid dream I’ve ever had. All I’ve read is this man helping and how they love him, but in my dream he killed me. I was in a business office and I could see this man following me, I tried to get away from him and I sprinted into an elevator, I thought I succeeded and then I saw his hand reach between the doors to open them. We were alone in the elevator just me and him and he starts to pull out a gun. I lunged at him trying to stop him, but he pushed me back and pointed the gun at my face. The last thing I remember from the dream is how large the barrel looked when it was pointed at me. He pulled the trigger and I woke up drenched in sweat out of breath. I don’t know why he killed me and to everyone else he helped.”

So who is the man in our dreams?

There are various theories to consider. One of course, is that the entire thing is a hoax. A similar phenomenon occurred about a decade earlier but was proved a hoax. A more common theory proposes the man is an accumulation of human traits, a sort of “average” man that could factor into most anyone’s dream recollection. Meanwhile, researchers continue to study the new phenomena and several websites popped up in 2019 seeking to document details from the people who have seen the mysterious man in their dreams.