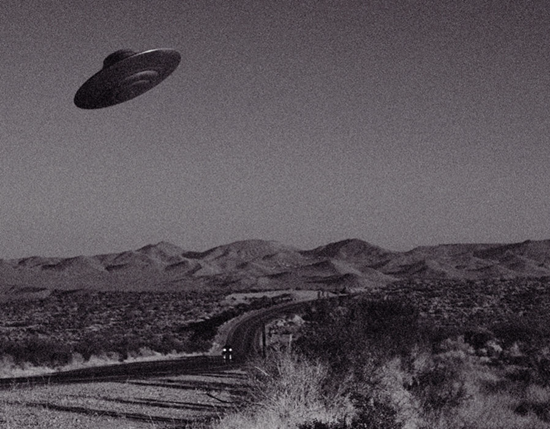 The Golden Age of UFO sightings

It doesn’t matter if they are tricks of light, meteorological anomalies, fakes, or visitors from another world, who doesn’t love a good UFO photo! During the Golden Age of UFO sightings, the time between 1940 and 1970, thousands of UFO reports were submitted to officials, many of which were held for decades before being released to the public.  Included in these reports are many notable photographs purported to depict UFO’s or flying saucers as they were known at the time.  Below is a collection of the most popular historic vintage UFO photographs from as early as 1870.

Barney Wayne took this photo of a UAP in the sky over Bullawayo, Southern Rhodesia on December 29, 1953. Little is known about the photo, but the clarity of the picture foreground makes it a popular UFO photo.

This is widely believed to be a photo of the infamous UFO over Westall Secondary College in Melbourne, Victoria, Australia, witnessed by more than two hundred students and teachers as it descended into an open, grassy field. The only official explanation to date is “experimental craft”. 1966

UFO in Conniston, England. Photo taken by small boy (Stephen Darbishire) using an “old fashioned Kodak box camera recently purchased by his father.  The photo was featured in national press for many weeks following. February 15, 1954. Darbishire initially said he was mysteriously drawn to the area where the photo was taken. Later he would say the photo was a fake.

Not much is known about this photo, like whether or not it was really taken in Germany or if it was just a hat that blew off somebody’s head.

Like the photo above, not much is known about this German masterpiece either. Apparently Germans don’t keep good records.

The Mar. 25, 1950, issue of Dublin’s TeenAge Times claimed that these mysterious objects were flying saucers. The Teen-Age Times was a short-lived weekly magazine for kids that was prone to sensationalism. Indeed, it’s nearly impossible to tell if this is a photo of real alien visitors, circular islands in the Pacific Ocean, or pizza stains on a napkin.

UFO photograph taken by 21-year-old US Coastguard through window of laboratory. 1952

This picture, taken through the window of a laboratory by a 21-year-old U.S. coastguard, shows four unidentified flying objects as bright lights in the sky on Aug. 3, 1952, in Salem, Mass. Did we mention the photo was taken through a glass window?

UFO over Cave Junction, Oregon taken by volunteer fireman in the late 1920’s.  One of a handful of rare historic photos that cannot be completely debunked.  The age of the photo has been verified and the original was examined by professional researchers and declared genuine.  1927.

The McMinnville UFO (aka Trend UFO) 1950

The McMinnville UFO photograph was taken at Paul and Evelyn Trent’s farmhouse in McMinnville, Oregon. Although some believed the incident was a hoax, Paul and Evelyn maintained the sighting was genuine until their deaths. May 11, 1950.

This photo was taken in Scotland during the famed 1947 UFO wave.

Dean Morgan says he captured this UFO photo while taking pictures of the area.

Another photo taken during the UFO wave of 1947.

UFO in St. Paris, Ohio captured in background of photo of George Sutton. The significance of the object was not recognized until more than a decade later.  1932

UFO over Mt Washington, New Hampshire taken by Amos F. Clough and Howard A. Kimball during an expedition.  Photo is widely regarded as the oldest known UFO photograph. 1870

UFO over Tiensten, Hopeh Province, China. Photo found by Masujiro Kiru while looking through his father’s photo album of World War II.  His father had purchased the photograph from a Tianjin street photographer.  1942

UFO over sawmill in Ward, Colorado taken by Edward Pine. At the time the photo was taken, Pine described hearing a “terrible, thunderous bellow”. 1929

William Rhodes says he took this picture after noticing a disc-shaped object circling above him.

One of the many photos to come out of the New Delhi area of India.

UFO over Woonsocket, Rhode Island taken by Harold Trudel.  One of seven photographs Harold Trudel captured that day. June 10, 1967. To the untrained eye it looks like a fake, however, Trudel noted he was in mental contact with space people, who send him telepathic messages as to where and when they will appear and thus, he could get the camera equipment set up to capture great photos.

Not much is known about this photo except it’s old and those plants are corn.

Vancouver City Hall UFO photo taken by 21-year-old solder, Leonard Lamoreux while visiting the brand-new Vancouver City Hall. 1937. As the STORY goes, brothers Wilfred and Leonard Lamoureux went to city hall to photograph the Christmas lights when they spotted something strange. Leonard later described it as two glowing, blue, silent saucers with open ends facing each other, moving horizontally and stopping for a moment as he shot the photo. Decades later, researchers pointed out how similar the object was to photos of the SpaceX Falcon 9 flight proving that Elon Musk is indeed a time traveler.

UFO over Rosetta/Natal, South Africa taken by meteorologist Elizabeth Klarer moments before a thunderstorm. July 1956. Klarer was a South African woman who, starting in 1956, publicly claimed to have been contacted by aliens multiple times between 1954 and 1963. In fact, she claims to have consummated love with an alien that resulted in the birth of her child.

This photo was believed to have been taken on December 10, 1954. However, less than two months prior, a similar sighting occurred on October 27, 1954, when a Florence soccer game was halted as similar objects appeared in the sky above the stadium. Drawings of the Florence UFOs look remarkable similar leaving me to believe this photo was taken in October, not December.

The photo was taken at the same date and location that astronaut Gordon Cooper says that he and several test pilots filmed a saucer-shaped object. The photos were turned over to Washington, but many believe this is one of the original pictures taken of the object.  1957

UFO somewhere over the United States (discovered in an attic many years later). June 10, 1964

One of our favorites. This UFO photo was taken on June 10, 1964, somewhere on our planet. It was discovered in an attic many years later.

The pilot of a twin engine C-47 “Skytrain” transport aircraft of the USAF captured this red object in a photograph in July 1966, at 11:00 AM. The aircraft was flying over the Rocky Mountains, about forty kilometers southwest of Provo, Utah. The Condon committee spoiled all the fun and declared it an object thrown into the air.