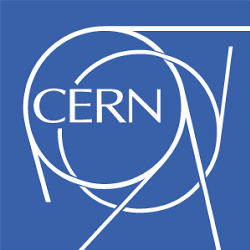 An anonymous couple came forward this week with an amazing set of five crystal-clear photos of a daytime disc-shaped UFO taken sometime between 1961 and 1965 in Albuquerque, New Mexico. The man and his wife were going through old personal belongings when they discovered a 50-year-old photo album belonging to his wife’s grandmother. The wife recognized the photos as pictures taken around the time she was born (1962) when her grandfather was a Captain in the United States Air Force and stationed in Albuquerque, New Mexico. She recalled the family living in Albuquerque from 1961 through 1965 (the Sandia Mountains can be seen in the background and indeed appear to be the section of the mountain range located near the Kirkland Air Force Base).

The husband and wife were reminiscing through the photo album when they turned the page and were stunned to find five pictures of her grandfather pointing to a disc-shaped UFO in the sky.

“We started looking through this photo album, and all of a sudden we flipped the page and there are five beautiful photographs of my wife’s grandfather in civilian clothing pointing up at the most immaculate daytime disc I have ever seen.”

The couple are certain the photographs were taken in Albuquerque, New Mexico since pages before and after the UFO photos contained pictures of US Air Force airplanes, helicopters, hangers, and the grandfather sitting at his desk, talking with other Air Force officers at the Kirkland Air Force Base.

“We are not looking for any kind of publicity. These are just some very special photos and we wanted to share them with others so we can try to put a few more pieces together of this mystery. If it was a hoax, it’s a good one.”

Between 1958 and 1964, the U.S. saw a period of high UFO activity with frequent sightings of disc-shaped UFOs throughout the United States followed quickly by close-lipped government investigations (e.g. Project Blue Book). During the Spring of 1964, New Mexico experienced a particularly unusual series of UFO sightings which included the April 24, 1964 Socorro, New Mexico UFO sighting by police officers, a April 28, 1964 sighting in Albuquerque by two youth who were later treated for infrared burns on their faces, and a UFO tracked by Holloman AFB radar units on May 24, 1964.

Check out hi-resolution scans of the five 1962 Albuquerque, New Mexico UFO photos, along with cropped, close-up views of the disc-shaped UFO, in the pictorial gallery below.