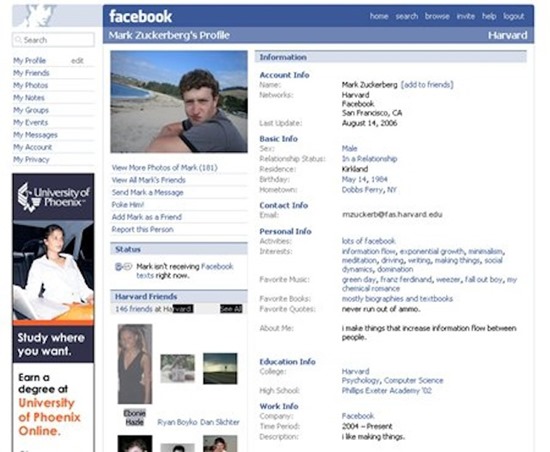 “The Facebook” went live on February 4, 2004 from Mark Zuckerberg’s Harvard University dorm room.  Ads began running shortly thereafter.  In 2005, Facebook rolled out the News Feed and by 2007, Facebook simplified its design.  By 2008, Facebook had 100 million users and launched Facebook Chat.  Later that year, the “new Facebook” introduced tabs and “The Wall”.  In 2010, Facebook once again simplified things with an updated profile design and restructured navigation.  In 2011, the “visual timeline” and Ticker were introduced.  In 2012, Facebook hit 1 billion members and in 2013, the Ticker was killed off.