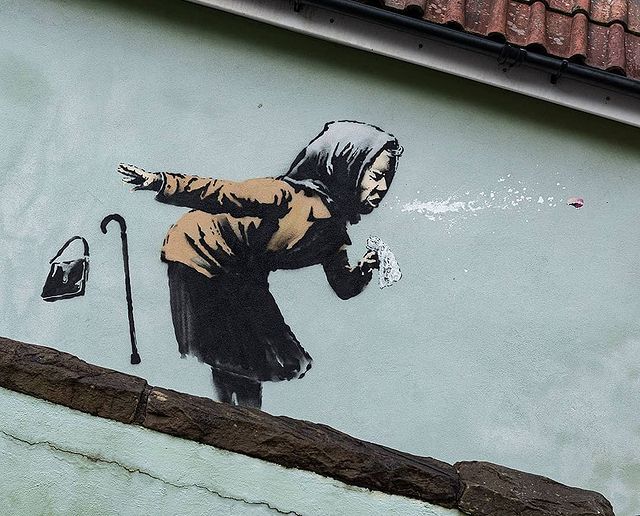 A new Banksy mural has appeared in Bristol – on the exterior wall of a home that was about to close a sale. The owner recognized the value of his home could skyrocket with the new addition, and quickly pulled out of the sale.

The Banksy artwork shows a pensioner whose sneeze appears to knock over the nearby buildings. In the mural, the pensioner is bending over, sneezing with such force, she drops her walking stick and purse and her dentures fly out of her mouth.

Banksy released the image with a wider view of the scene showing the “leaning” buildings and a man holding an umbrella being blown backwards by the force of the woman’s sneeze.