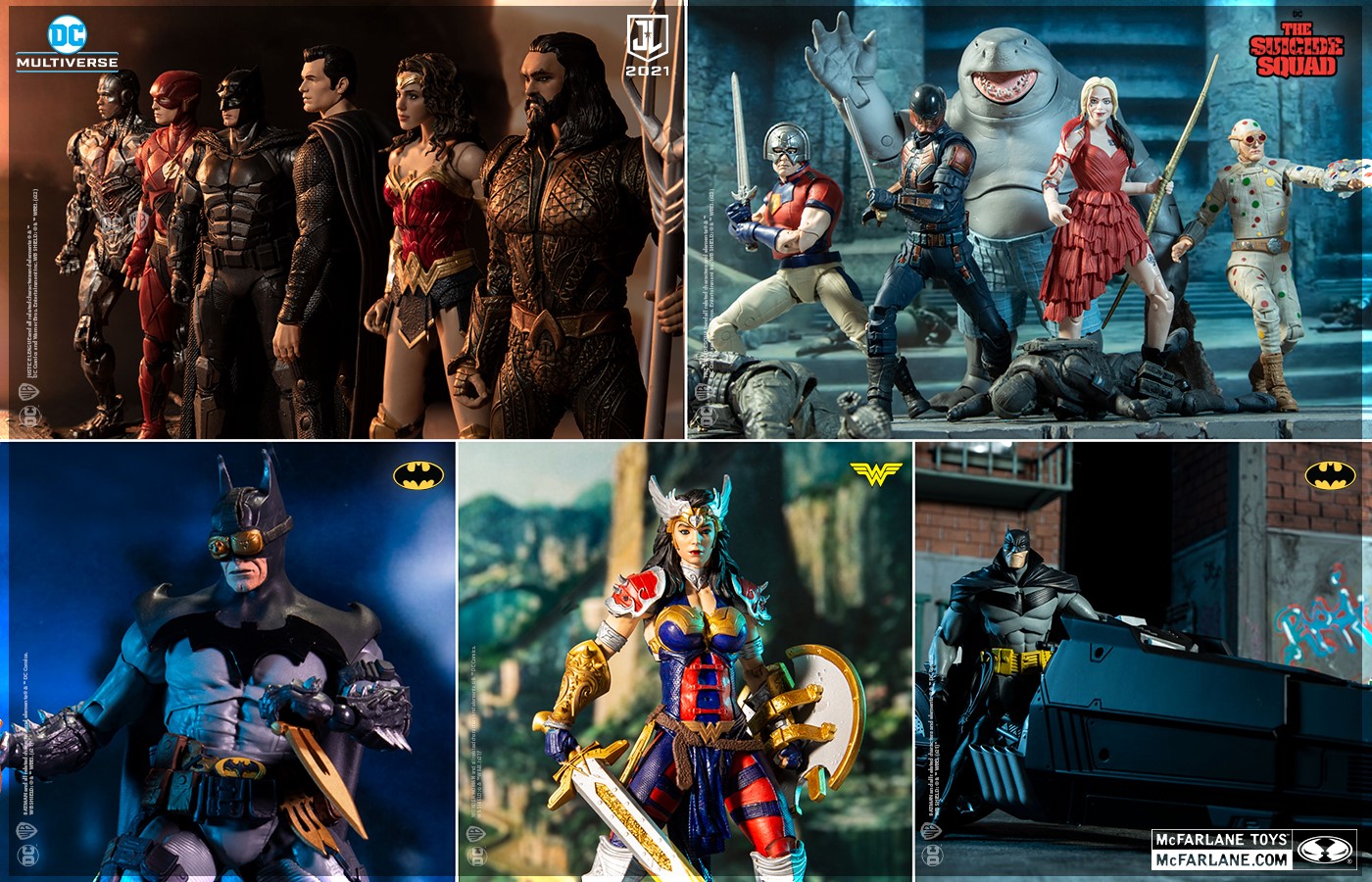 McFarlane Toys has received top honors in The NPD Group’s 2021 Toy Industry Performance Awards. The company received recognition for its DC Multiverse Collection in the 2021 Super category of Top-Selling Action Figures and Accessories for the U.S and Canada, making McFarlane Toys the #1 Action Figure Manufacturer in the U.S and Canada. In 2020, McFarlane Toys successfully launched its best-selling DC Multiverse lines with 7-inch to 12-inch ultra-posable action figures, accessories, and vehicles to bring dozens of iconic DC comic books, video games, and feature films’ stable characters to life at mass and specialty retailers globally. The DC Multiverse Collection quickly grew as one of the fastest-growing McFarlane Toys lines in its history and continues to experience strong sales performance at retailers globally.

McFarlane Toys is known for its artistic and creatively designed toys. Under the helm of Todd McFarlane, it produces highly detailed action figures of the DC Multiverse iconic heroes and villains.

“At McFarlane Toys, we consider ourselves very fortunate to be in an industry that not only has survived through the complications that the world is dealing with but, in some cases, has thrived. The toy industry has been a much healthier business than many others in the past two years. But you also have to have strong brands at times to go with that success,” said Todd McFarlane, McFarlane Toys CEO and Creative Force. “Warner Bros, with their strong DC Multiverse characters, have proven themselves globally to be the type of characters that millions of people want to take home in some form or another. And now it has been proven as the DC Multiverse figures we produced last year were taken home at a higher rate than some of our competitors, including Avengers, Star Wars, and more. It’s a testament to the continuing strength of that brand. Lastly, thanks to all the geeks and moms for supporting us last year. Obviously, we couldn’t have done it without you either. You guys are the true champs.”

The NPD Group, a leading global information company, awards and recognizes the top-selling toys, properties, and manufacturers globally and in the United States, Canada, Mexico, Brazil, and Europe according to NPD’s Retail Tracking Service.

*DC and all related characters and elements © & ™ DC Comics.