I have no words.  Donald Trump Jr. just released what he purports to be the email chain between him and Russian attorney.  Below are the pages he released – transcription of Donald Trump Jr.’s email thread is included..  Get ’em now before his attorneys jump on it and Donald Sr. claims his Twitter account was hacked. 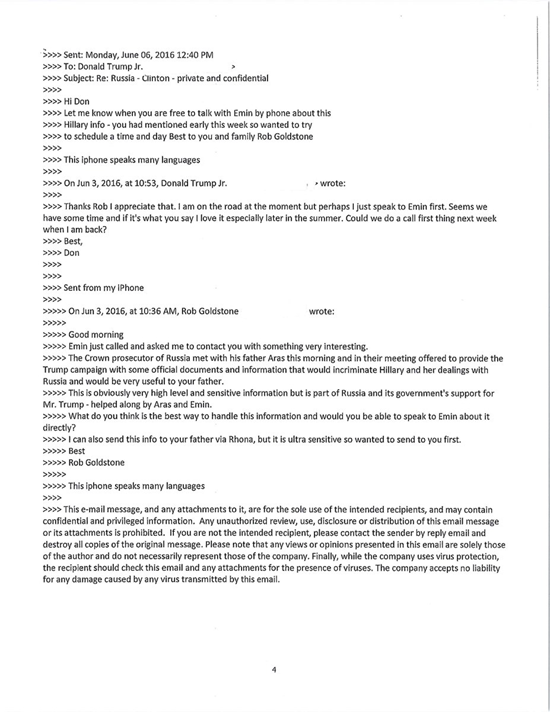 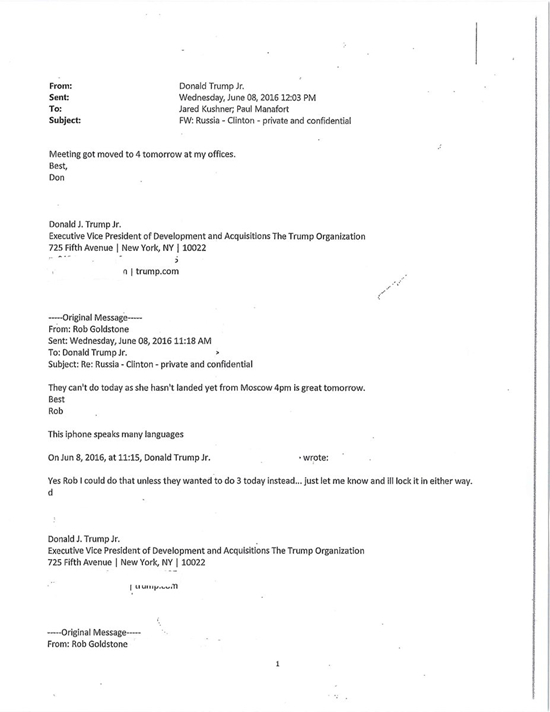 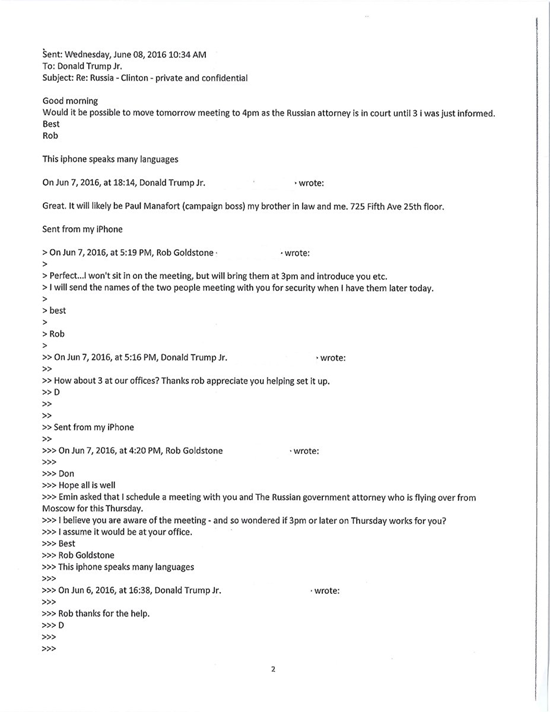 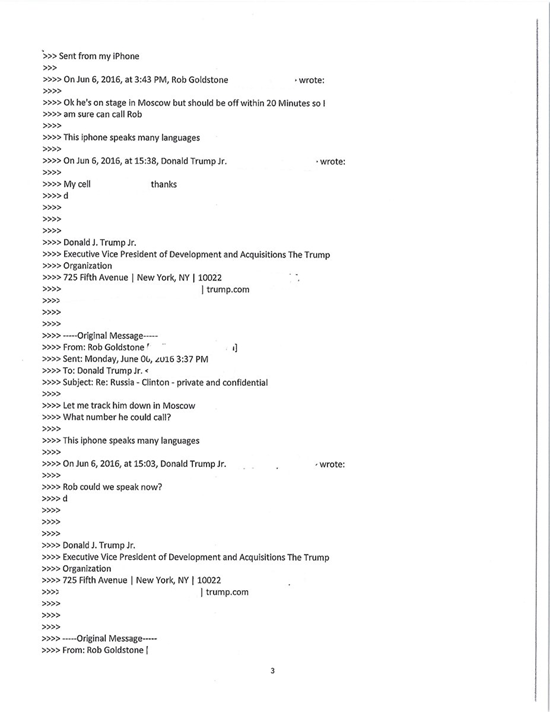 Emin just called and asked me to contact you with something very interesting.

The Crown prosecutor of Russia met with his father Aras this morning and in their meeting offered to provide the Trump campaign with some official documents and information that would incriminate Hillary and her dealings with Russia and would be very useful to your father.

This is obviously very high level and sensitive information but is part of Russia and its government’s support for Mr. Trump—helped along by Aras and Emin.

What do you think is the best way to handle this information and would you be able to speak to Emin about it directly?

I can also send this info to your father via Rhona, but it is ultra sensitive so wanted to send to you first.

Thanks Rob I appreciate that. I am on the road at the moment but perhaps I just speak to Emin first. Seems we have some time and if it’s what you say I love it especially later in the summer. Could we do a call first thing next week when I am back?

Rob could we speak now?

Let me track him down in Moscow

What number he could call?

Rob thanks for the help.

Hope all is well

Emin asked that I schedule a meeting with you and The Russian government attorney who is flying over from Moscow for this Thursday.

I believe you are aware of the meeting — and so wondered if 3pm or later on Thursday works for you?

I assume it would be at your office.

How about 3 at our offices? Thanks rob appreciate you helping set it up.

Perfect… I won’t sit in on the meeting, but will bring them at 3 pm and introduce you etc.

I will send the names of the two people meeting with you for security when I have them later today.

Great. It will likely be Paul Manafort (campaign boss) my brother in law and me. 725 Fifth Ave 25th floor.

Would it be possible to move tomorrow meeting to 4pm as the Russian attorney is in court until 3 i was just informed.

Yes Rob I could do that unless they wanted to do 3 today instead … just let me know and ill lock it in either way.

They can’t do today as she hasn’t landed yet from Moscow 4pm is great tomorrow.

Meeting got moved to 4 tomorrow at my offices.