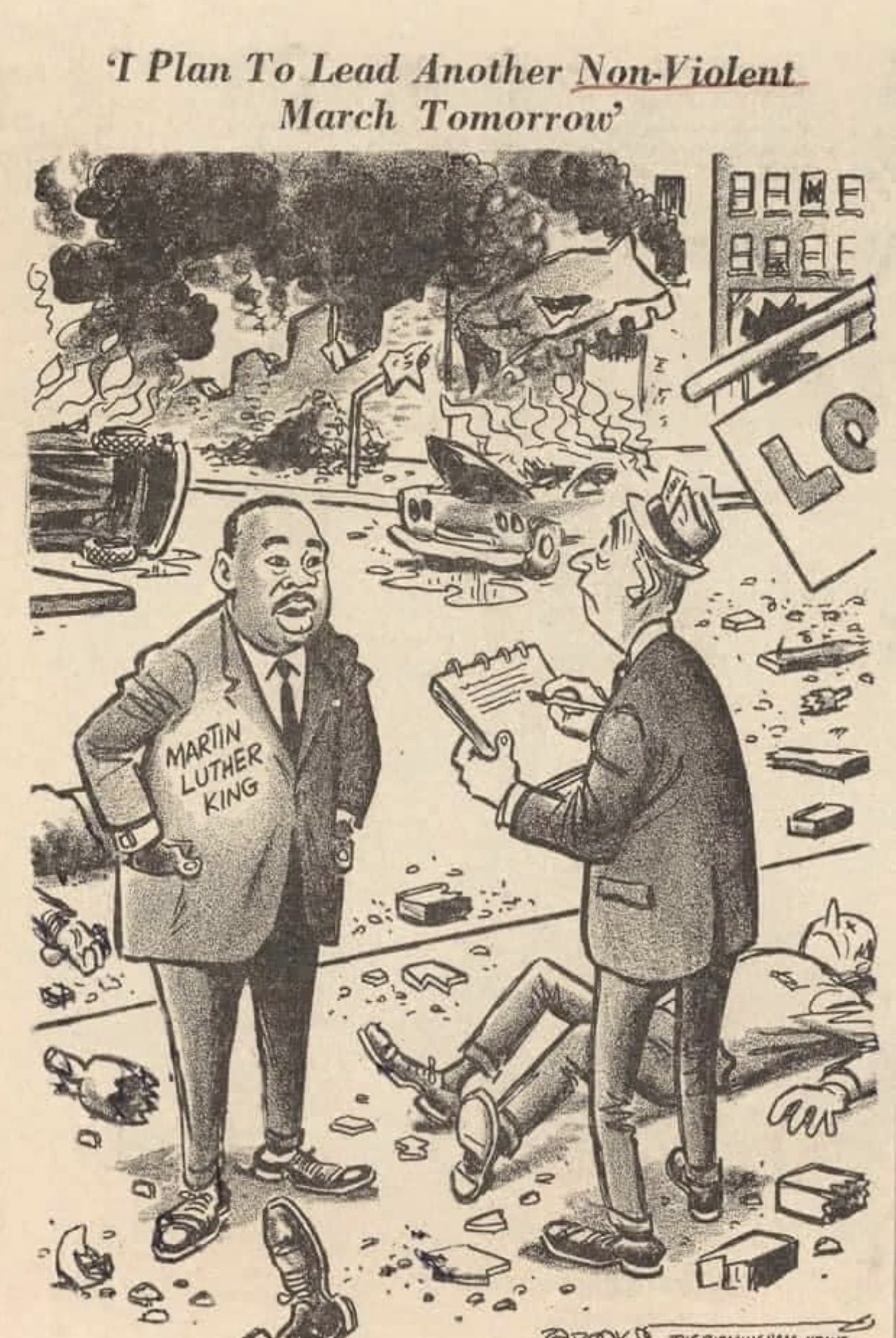 The parallels between the Black Lives Matter movement and the 1960’s efforts for Black liberation are clear in this 1960’s cartoon drawn by Charles Brooks of the Birmingham News. The cartoon features burning buildings and cars and beaten white men collapsed on the ground while Martin Luther King tells a reporter, “I plan to lead another non-violent march tomorrow”.

Did people in the 1960’s believe this rubbish? Yes, just like today, they were led to believe the movement to end racism was a ploy against white America. Here’s a copy of the cartoon that was mailed to King by an angry citizen. Above the cartoon, the person wrote:

“How can you, a minister of the Gospel of Jesus Christ, be such a deceitful hypocrite? You’re not fooling anyone but yourself in your nauseating talk about non-violence. You demand a program to overcome poverty and “flow in” untold amounts in your high living and running all over the globe to feed your own egotism.”

Today we view the media’s attempts to scare white Americans as bizarrely unbelievable. But the same is happening with attempts to portray the BLM movement as unanimously violent – and the public believes it.

Alas, after 40 years or so, the public will recognize their ignorance, just like they did with MLK. According to Gallup in 1999, King placed second only to Mother Teresa on a list of people most admired by Americans. But between 1963 and 1968, Gallup said, he only appeared twice on similar lists covering the most admired men in the United States.