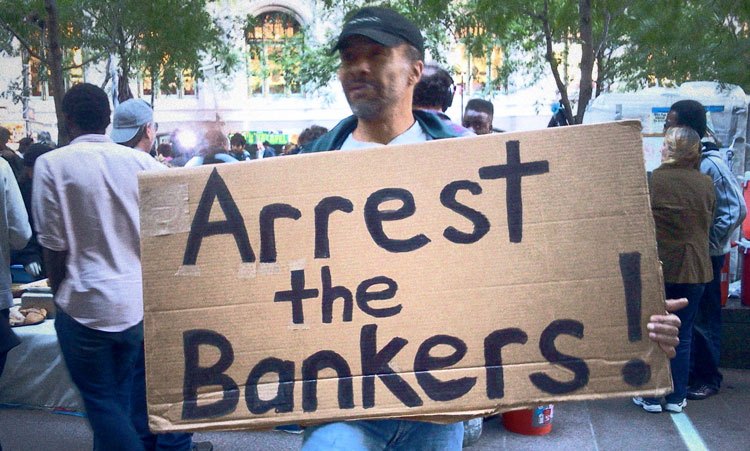 The following appeared on the Wall Street Bets board on Reddit about the time the GME stock began tumbling after big investment powerhouses began shutting down small investors’ ability to buy GME, AMC, and other stocks that had been run up by Wall Street Bets users. The open letter was posted by Reddit user ssauronn and provides excellent insight into the anger felt the millions of millennials who were hurt by the 2008 financial crisis – and why they organized an attack against financial institutions that rivaled the Occupy Wall Street movement 10 years prior.

I was in my early teens during the ’08 crisis. I vividly remember the enormous repercussions that the reckless actions by those on Wall Street had in my personal life, and the lives of those close to me. I was fortunate – my parents were prudent and a little paranoid, and they had some food storage saved up. When that crisis hit our family, we were able to keep our little house, but we lived off of pancake mix, and powdered milk, and beans and rice for a year. Ever since then, my parents have kept a food storage, and they keep it updated and fresh.

Those close to me, my friends and extended family, were not nearly as fortunate. My aunt moved in with us and paid what little rent she could to my family while she tried to find any sort of work. Do you know what tomato soup made out of school cafeteria ketchup packets taste like? My friends got to find out. Almost a year after the crisis’ low, my dad had stabilized our income stream and to help out others, he was hiring my friends’ dads for odd house work. One of them built a new closet in our guest room. Another one did some landscaping in our backyard. I will forever be so proud of my parents, because in a time of need, even when I have no doubt money was still tight, they had the mindfulness and compassion to help out those who absolutely needed it.

To Melvin Capital: you stand for everything that I hated during that time. You’re a firm who makes money off of exploiting a company and manipulating markets and media to your advantage. Your continued existence is a sharp reminder that the ones in charge of so much hardship during the ’08 crisis were not punished. And your blatant disregard for the law, made obvious months ago through your (for the Melvin lawyers out there: alleged) illegal naked short selling and more recently your obscene market manipulation after hours shows that you haven’t learned a single thing since ’08. And why would you? Your ilke were bailed out and rewarded for terrible and illegal financial decisions that negatively changed the lives of millions. I bought shares a few days ago. I dumped my savings into GME, paid my rent for this month with my credit card, and dumped my rent money into more GME (which for the people here at WSB, I would not recommend). And I’m holding. This is personal for me, and millions of others. You can drop the price of GME after hours $120, I’m not going anywhere. You can pay for thousands of reddit bots, I’m holding. You can get every mainstream media outlet to demonize us, I don’t care. I’m making this as painful as I can for you.

To the boomers, and/or people close to that age, just now paying attention to these “millennial blog posts”: you realize that, even if you weren’t adversely effected by the ’08 crash, your children and perhaps grandchildren most likely were? We’re not enemies, we’re on the same side. Stop listening to the media that’s making us out to be market destroyers, and start rooting for us, because we have a once in a lifetime opportunity to punish the sort of people who caused so much pain and stress a decade ago, and we’re taking that opportunity. Your children, your grandchildren, might have suffered as I described because of the institutions that we’re fighting against. You really want to choose them, over your own family and friends? We’re not asking you to risk your 401k or retirement fund on a single GME bet. We’re just asking you to be understanding, supportive, and to not support the people that caused so much suffering a decade ago.