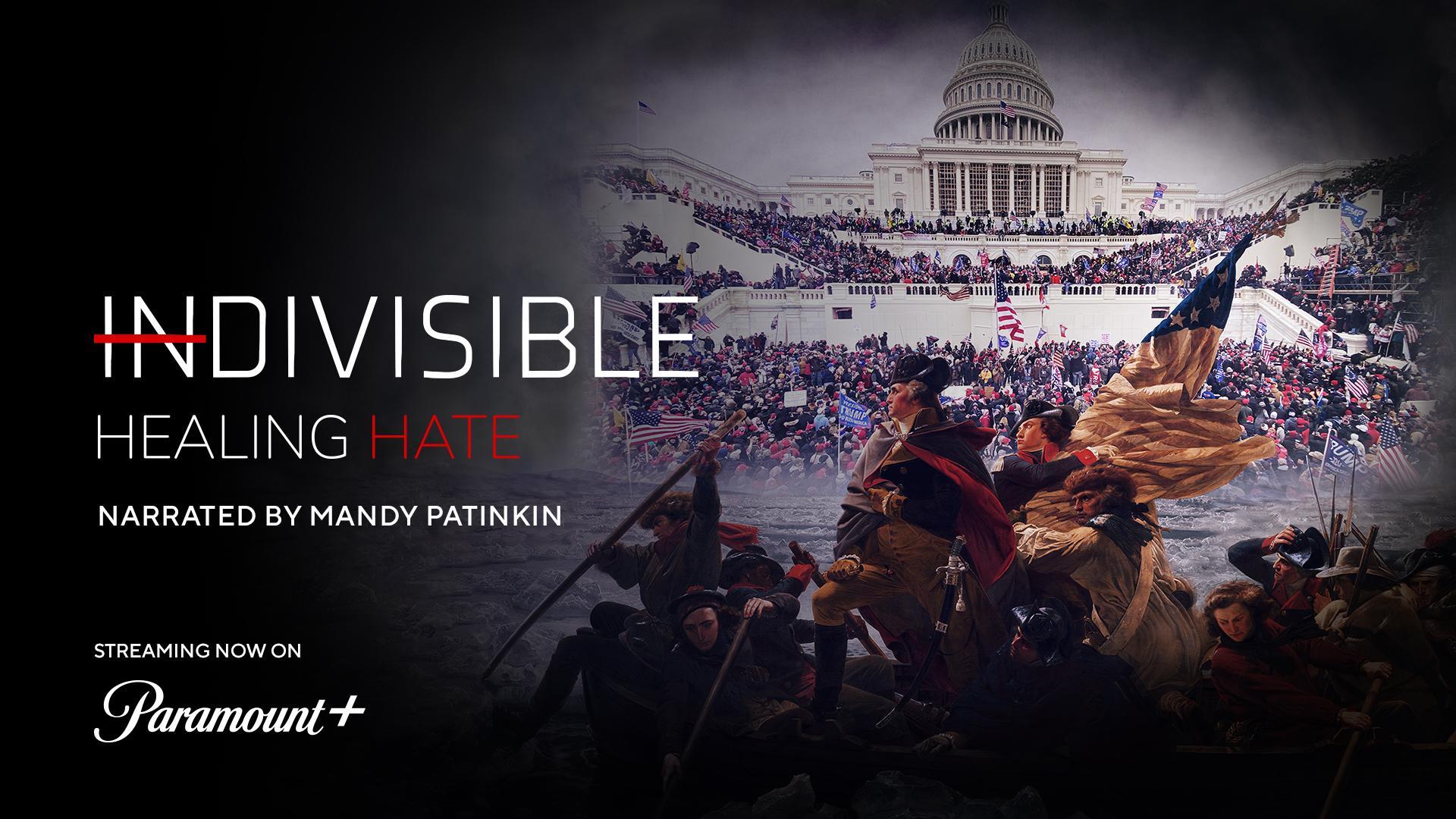 Paramount+ will premiere Indivisible – Healing Hate, a gripping six-part documentary narrated by Mandy Patinkin (Homeland) that traces the origins of anti-government extremism and how it built on a deadly series of historical events over decades to culminate in the violent storming of the U.S. Capitol on Jan. 6, 2021. The docu-series will be available Jan. 6, the one-year anniversary of the Capitol insurrection.

Indivisible – Healing Hate tracks the reasons behind the far right’s rage, including lethal federal assaults on a belligerent tax evader, a white supremacist at Ruby Ridge, and a religious cult in Waco. In the name of revenge, acts of domestic terrorism followed, none more tragic than the bombing in Oklahoma City that claimed the lives of 167 men, women and children. Indivisible – Healing Hate features interviews with those who have experienced the fury firsthand: a reformed neo-Nazi, a mother victimized by vicious hate crimes, the son of a notorious white supremacist whose work of fiction became the bible of the far right, and a father whose child died in the bombing of the Alfred P. Murrah Federal Building in Oklahoma City.

Indivisible – Healing Hate is told through the voices from across the ideological spectrum, recounting their stories and their worries about an America they no longer recognize, each of them asking: how did we become so divided, and what can be done to heal the hate?

Check out a preview of Indivisible Healing Hate here: