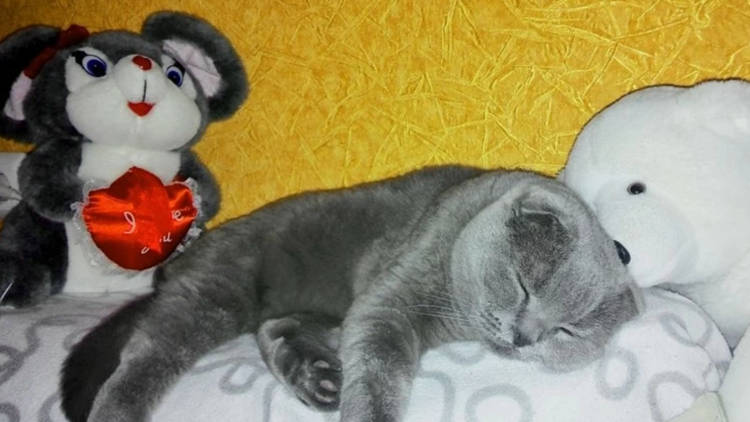 A woman in Russia is selling a real-life wish-granting cat! The Novosibirsk woman posted an ad on the Russian ad platform Avito offering for sale her Scottish Fold cat named Vinsik. She says she discovered the wish-granting cat’s ability by accident when she told Vincent, “Fully my wish!” after a frustrating apartment search. The next day she found an apartment.

For grins, she tested Vincent two more times – to buy a new apartment and a new car – and found that each time, Vincent granted her wish. She says however, that it only works with the owners. Now she’s putting Vincent up for sale for $127,000.

“His mother, Octaviante Lolita, was like a real witch, black as coal and also lop-eared. His dad – Rochester – a healthy blue cat, but with straight ears. Vinsik was born in the kennel, and we bought him in 2011, when he was two months old. Since then, she has been living with us for nine years.”

Why would someone sell a seemingly invaluable wish-granting cat? It seems as if Vincent’s ability is limited to three wishes per owner.