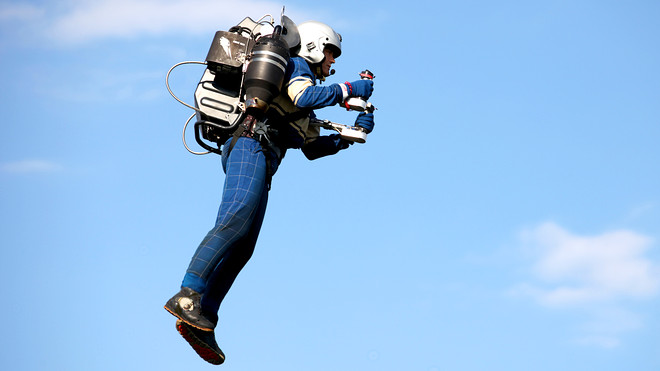 At first I though this was a joke but apparently there are flight control audio clips to back it up. On Sunday, August 30, 2020, pilots on final approach at LAX reported seeing a guy flying in a jetpack off their right wing while they began to land. The jetpack was only about 300 yards off their wing. Inexplicably, the Jetsons Rocketeer was flying at a stunning 3,000 feet when spotted. American 1997 reported the encounter like this:

So before we go off and declare the pilot a loon, here’s what a Skywest pilot reported.

Skywest Flight: “We just saw a guy passing by us in the jetpack.”

There are a variety of functioning jetpack designs but none that are known to fly at altitudes above 3,000 feet without assistance from another vehicle or a very, very high object to jump off of.

Thus far, no one had come forward to admit they were flying the jetpack – a reasonable response given they violated no telling how many FAA rules and restrictions. LAPD is investigating the matter.