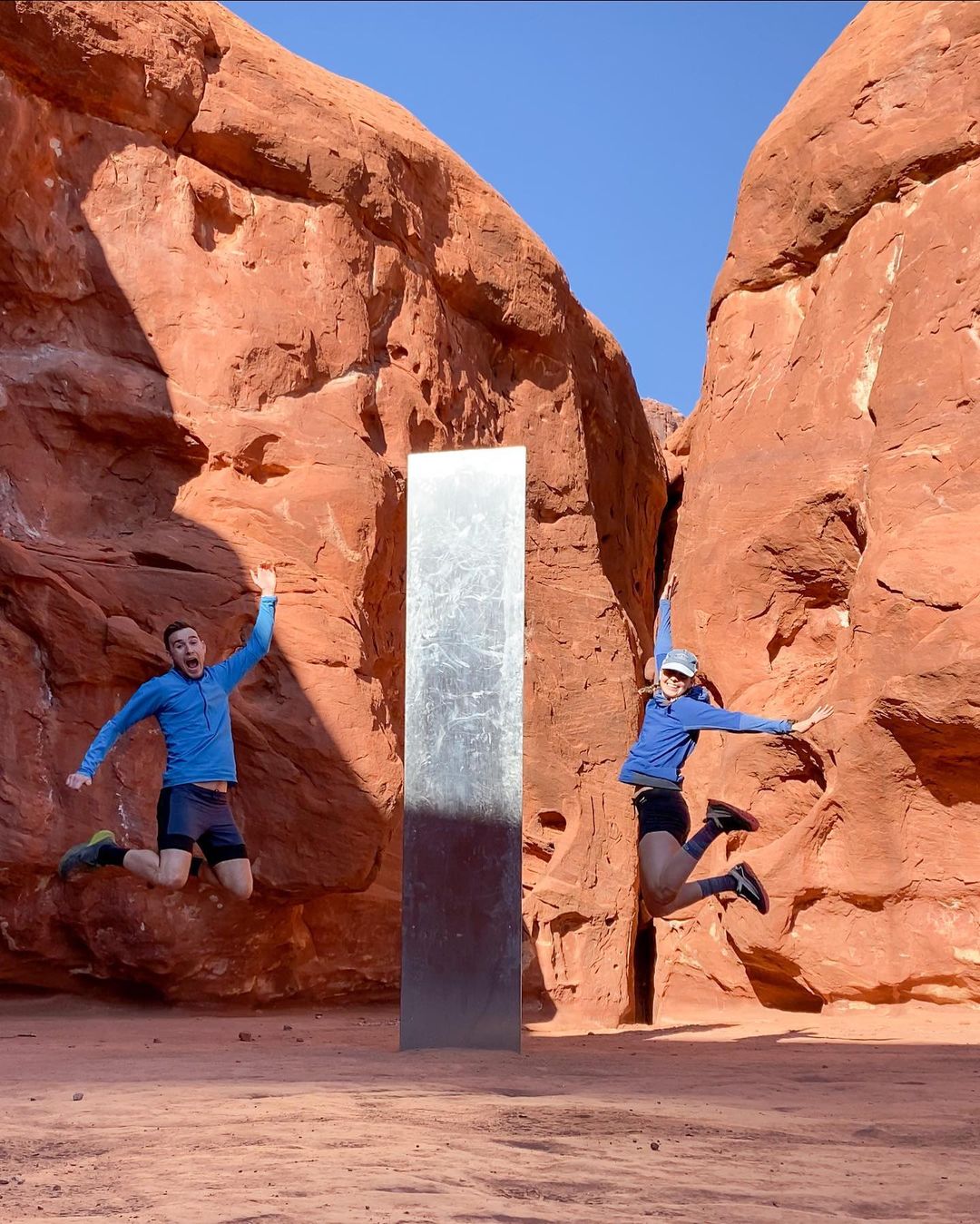 Last week a strange metal monolith structure was found in a desolate Utah desert, tucked in a red sandstone slot canyon in Lockhart Basin just south of Moab (coordinates are 38°20’35.1″N 109°39’58.3″W). It was tall, silver, and quite beautiful. Made from metal sheets riveted together into the shape of a triangular prism, it was believed to have sat in the desert for five years before anyone noticed it was there. Then last week, as mysteriously as it appeared, it disappeared without a trace. Nobody knows who put it there – and nobody knows who took it away.

Today, an almost identical structure has turned up in Romania. It stands about the same height as the one in Utah and is constructed in the same manner. The only difference is the Romanian monolith is covered with loop-de-loop scribbles on its surface. According to The Daily Mail, it stands only a few feet from where an ancient Dacian fortress once stood.

Like the Utah structure, nobody knows how the structure came to be in Romania nor who put it there. Theories abound but artist John McCracken, a skilled minimalist artist who died in 2011, seems to be the most likely creator.

Here are the photos that emerged with the Romanian monolith’s discovery.