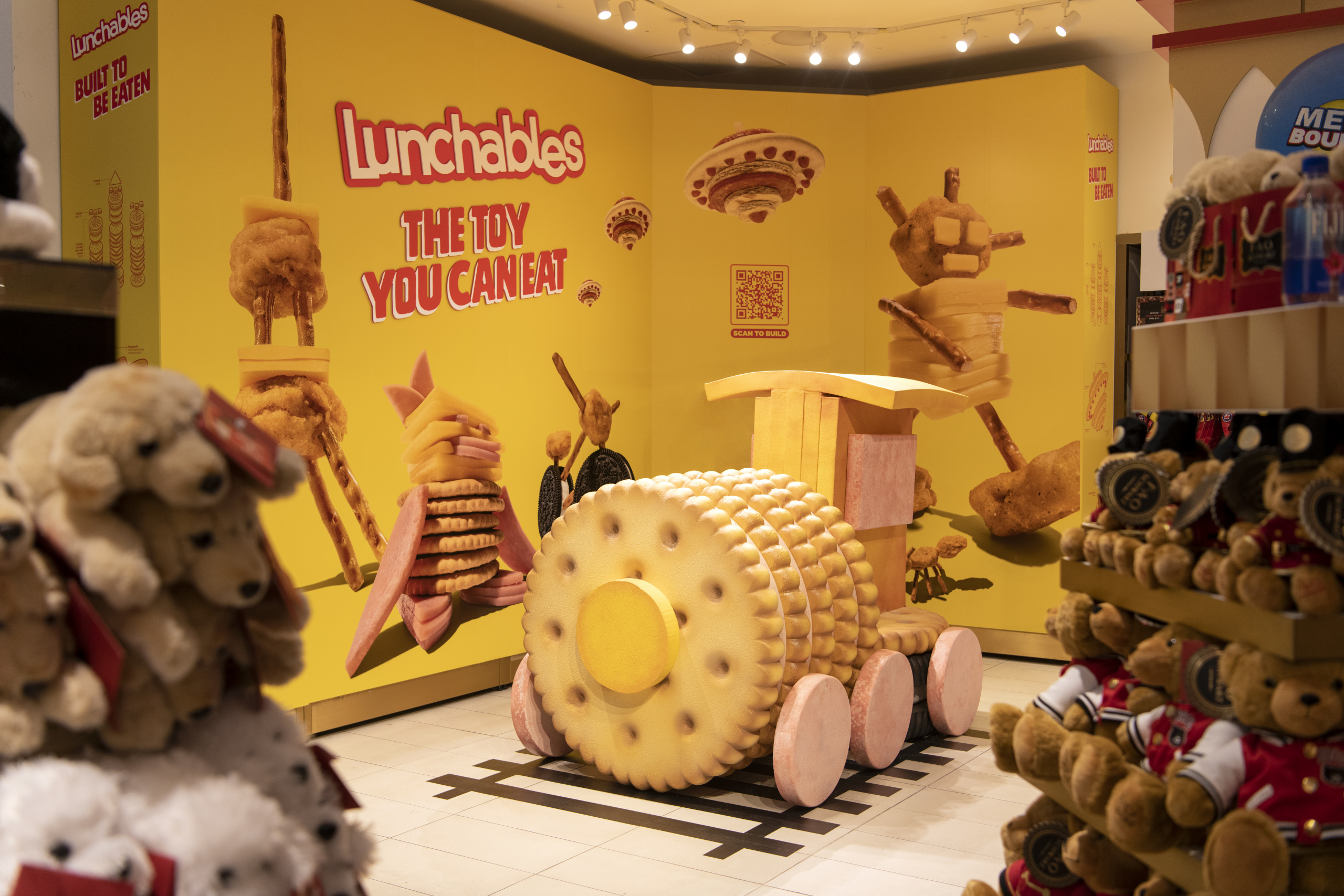 After fueling the next generation of creative kids as a lunchtime favorite, the Lunchables brand is claiming a new and unexpected title: toy. As America’s most buildable snack for more than 30 years, Lunchables joins the ranks of other prestigious toys with an immersive, creativity-fueling experience at FAO Schwarz, the world’s most iconic toy store.

“For years, kids have been dreaming, building and creating with Lunchables. Like other traditional toys, Lunchables has fostered creativity and individuality by encouraging kids to use their imaginations while playing with and building with their food. Now, we’re taking it one step further by giving kids the tools to build anything they can imagine out of Lunchables – like a rocket ship or a robot. With Lunchables, if you can build it then you can eat it!”

During September, just in time for back-to-school season, families visiting New York City’s historic FAO Schwarz store can experience Lunchables like never before. The immersive experience, which is the largest store takeover to date, features larger-than-life Lunchables creations throughout the store and in the renowned storefront windows in Rockefeller Plaza. The larger-than-life builds include a 6-foot-tall Cracker Stacker rocket ship, a Kabobble Trojan Horse and a Pepperoni Pizza UFO.

Each Lunchabuilds kit is modeled after different Lunchables creations and includes a Lunchables pack, a blueprint, and an out-of-this-world experience to inspire future creators – such as a galactic getaway, a trip to an architectural wonder, or visit to an iconic zoo. Ready to become a future explorer, architect, or biologist? Hurry, because there are limited kits available. Lunchabuilds kits can be purchased exclusively online at FAOSchwarz.com for $100 beginning Friday, September 3.

As parenting traditions adapt and change to meet new family realities, parents continue to look for ways to jumpstart kids’ creativity and empower them to use their imagination. Claiming the title of “toy” is part of Lunchables’ new brand platform, “Built to be Eaten.” The FAO Schwarz toy store takeover is the first action Lunchables is taking to meet the changing needs of parents by encouraging kids to stack, build and eat their own way.

To learn more about Lunchables becoming a toy and the limited-edition Lunchabuilds, visit FAOSchwarz.com.