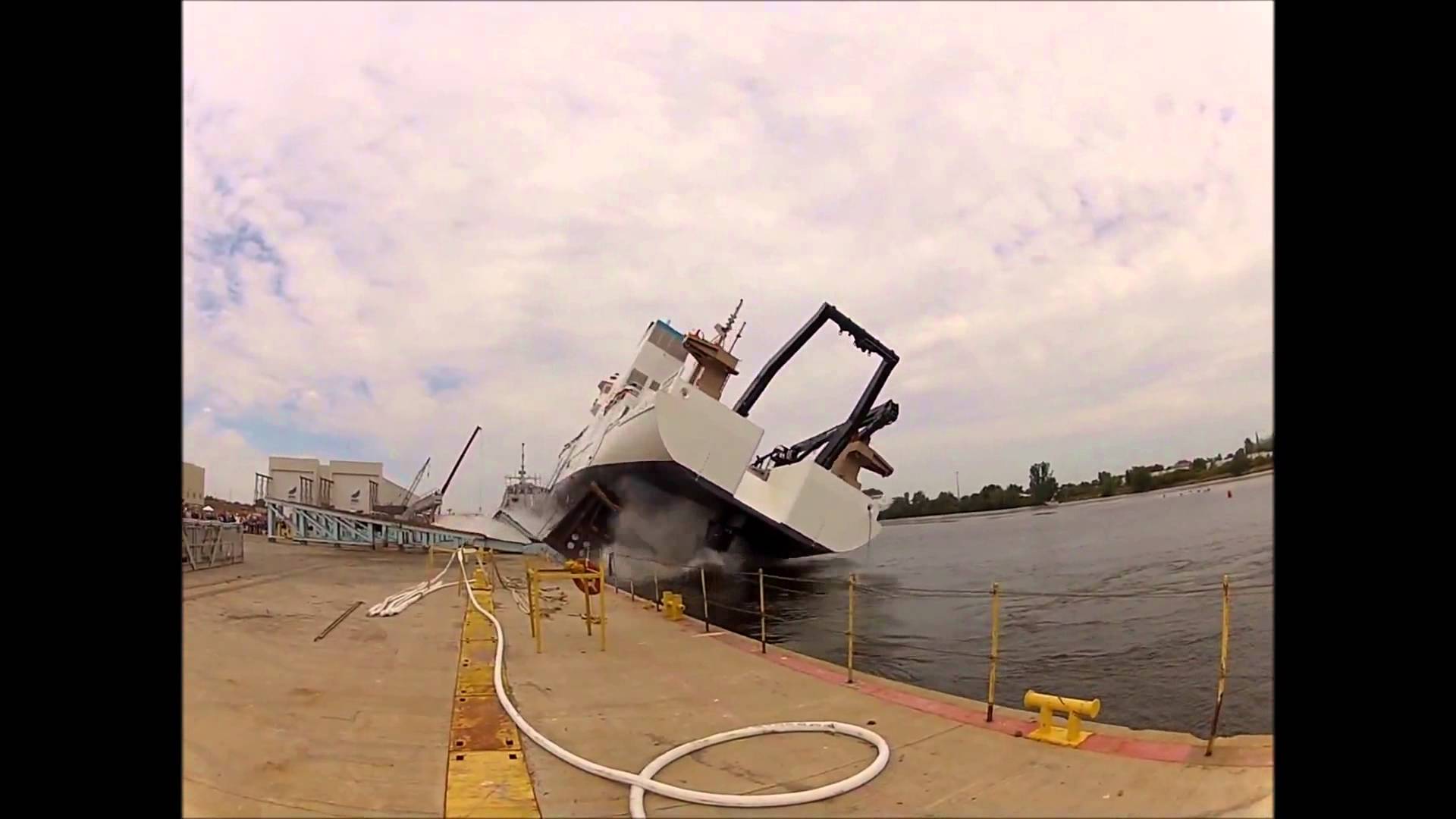 The video below shows the christening of an National Oceanic and Atmospheric Administration vessel called the “Reuben Lasker,” in Marinette, Wisc.  On June 16, 2012, as the ship slid into the water, it sent a dangerous burst of water and debris in the direction of the camera, knocking the camera operator unconscious.  Although the launch looks catastrophic, and the ship appears to be a total loss, the launch was actually a fairly normal event.  From other angles, the ship appears to tip over and then right itself before settling into a position ready to set sail.  The deadly fragments of wood flying at the camera however, were not planned and did indeed seriously injure the videographer.

A witness to the event explained what went wrong:

“The boats normally have steel rails welded to their hulls that ride along the metal bleacher looking things when the boat is set free. After the launch these are obviously removed. However, with this boat design, they were unable to attach these steel rails and had to use wooden ones instead. I have a friend that works for the shipyard and basically someone made a huge misjudgment and the wood split and flew everywhere, as you can obviously see from the video. After this incident viewers were no longer allowed to be so close to the launches.”