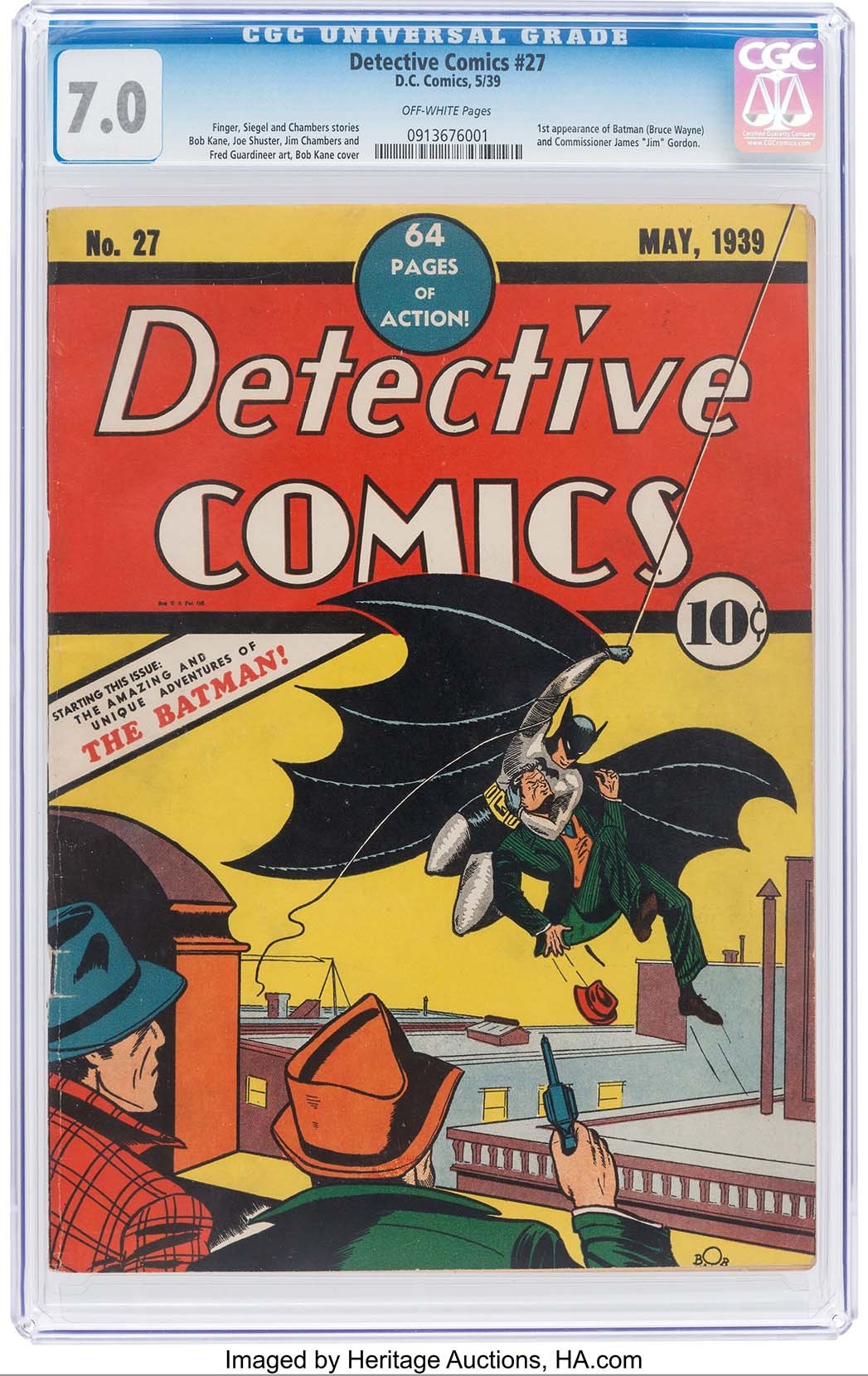 Detective Comics No. 27, published in 1939, is notable for its first appearance of Batman. A “fine/very fine 7.0” graded copy of the issue has sold for $1.5 million in another auction from Heritage Auctions.

The copy of DC Comics Detective No. 27 was unrestored but in such good condition that it was graded fine/very fine 7.0 by Certified Guaranty Company. It is one of only two known 7.0 copies in the world. Heritage Auctions Vice President Barry Sandoval told reporters:

“I’m not at all surprised at the result After all, this is one of the best copies you will ever see of one of the most important comic books ever published.”

Artist Bob Kane and writer Bill Finger’s story “The Case of the Chemical Syndicate,” published in Detective Comics No. 27, introduced the world to The Dark Knight.

The most expensive comic ever sold was Action Comics No. 1 (the first appearance of Superman) which sold for $3.2 million on eBay.