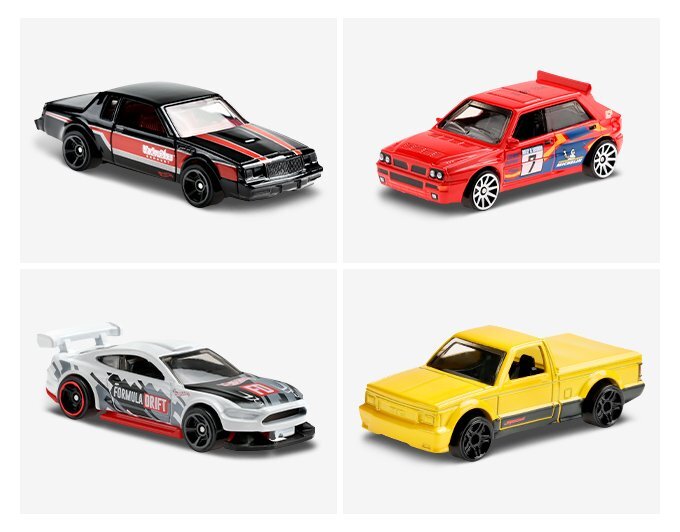 You can only get these limited edition Hot Wheels variations in special cases at participating Kroger Family of Stores locations or on Kroger.com. And there are four different variations in these cases!

In the first year of Hot Wheels, all of the Original 16 Hot Wheels were intentionally released in multiple colors, in multiples, and so the first Hot Wheels variations were essentially born! Later, a variation might be caused because the production plant ran out of a type of wheel and had to swap midway through a production run. Or they had to change the interior color for some reason. Now, though, Hot Wheels often uses the same deco scheme, but changes the base color and create special variations such as these.

The Kroger Exclusive variations include the following four vehicles:

In addition to the exclusive Kroger variations, you can grab a Collector Edition ’65 Ford Galaxie by participating in a Hot Wheels October mail-in promotion when you purchase 20 Hot Wheels cars from participating Kroger Family of Stores locations from October 3, 2021 to December 11, 2021.

What’s so special about the 1965 Ford Galaxie? Having leaned into a more racing friendly body design the year before, Ford’s 1965 Galaxie redesigned the suspension with racing in mind yet again, also stacking the dual front headlights. It wasn’t just a racing star – the ’65 Ford Galaxie sold over half a million units. The Hot Wheels casting of this universal favorite debuted in 2011 and now celebrates 10 years!