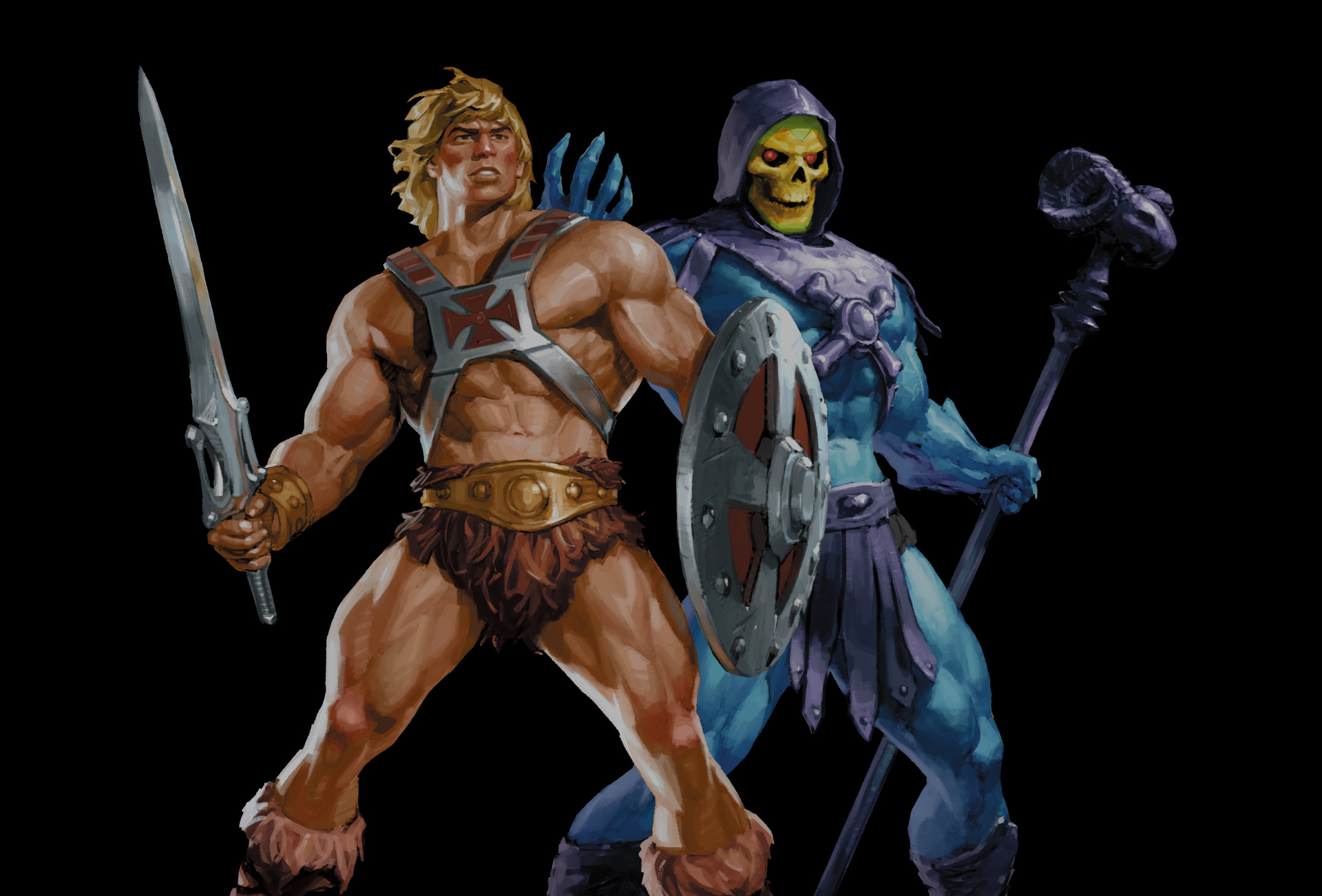 The Masters of the Universe Power-Con has released its 2021 convention schedule for the September 11-12 event in Anaheim. Organizers say many of the panels will be live-streamed for those who can’t attend in person.

9:30am – Power Pass holders allowed into the convention.

10:00am – Power-Con officially opens to the public.

10:30am – 11:20am – Expanding Origins and the Masterverse: Mattel Action Figures (Streaming online)

The power has returned with MOTU action figures! Hear from the team who has brought these product lines to shelves — from toy design to packaging and more. Don’t miss out on what’s coming next in 2022. Featuring: Josh Graham, Ruben Martinez, Robert Rudman, Sam Pak, Roy Juarez, Terry Higuchi

The MEGA Construx MOTU team brought buildable MOTU to life and they are ready to divulge what’s next for the expanding MEGA MOTU Universe! In this open discussion, the MEGA team takes a look back at Castle Grayskull, they look at how things have grown in the line since it began, they give a behind-the-scenes look at their design process, they give a sneak peak at the Spring 2022 line up, and they share a first-look at some of their most exciting item plans for the future.

You may have seen some exclusive drops on Mattel Creations in the past year like the Art of Engineering Skeletor and Shogun Skeletor. Mattel designers are here to tell you all about the process and what’s in store next. Featuring: Ethan Wood, Ruben Martinez

Come hang with the Mondo Team as they discuss the future of their 1/6 scale premium Masters of the Universe figure line, and share exclusive images of some of the upcoming MOTU projects on the horizon. For Masters of the Trivia, there will be some fun giveaways IF you have the power! Featuring: Mike Bonanno, Hector Arce, Bob Fulkerson, Florian Bertmer

It’s a minicomic reunion as some of the talent behind the 80s He-Man and She-Ra minicomics join together to look back at how they helped create them. Packaged with the toys, the vintage minicomics are loved by fans across the world and were recently collected in a hardcover book by Dark Horse Books. Come relive the mini-stories that gave fans the power! Featuring: Larry Houston, Jim Mitchell, Lee Nordling, Skip Simpson

6:30pm – Main Showroom Locked Down
All persons, including exhibitors, guests, volunteers, and staff, must be off the convention floor at this time.

6:30pm – 7:20pm – Nacelle Company Presents: Masters of the KO Universe!
For every Masters of the Universe figure we all had in our collection, there were always at least a few misfit weirdos that snuck in as well. You may not even remember what line they were from, but WE do! Join the Nacelle team as we take a whimsical dive into KO lines like Warrior Beasts, Speclatron, Defenders of the Planets and more!
Featuring: Brian Volk-Weiss, Richard Mayerik, David Vonner, Billy Galaxy, Nick Ferrell

7:30pm – 9:50pm – A Bloody Great Time
Fall of Grayskull director and Castle Grayskullman creator Daniel Benedict screens his latest feature film “The Bloody Man.” Set in the 1980s, this movie is filled with plenty of nostalgia and a good portion of He-Man / MOTU inspiration. Relive your childhood with this cinematic throwback!
Featuring: Daniel Benedict

10:00pm – 11:30pm – Are YOU a Master of the Universe?
Test your He-Man and She-Ra trivia and stand a chance to win prizes! ThinkFast Interactive brings their fun and fast-paced game show to Power-Con where all fans are welcome to come test their knowledge. There’s no cost to participate. All fans that hope to participate must be there at the start of the show. So, think you know MOTU and POP? Then join us and find out!

9:30am – Power Pass holders allowed into the convention.

10:00am – Power-Con officially opens to the public.

The first five episodes of MOTU Revelation have dropped and the next five are going to bring the first season home in a spectacular fashion. Two of the voice actors behind the new cartoon discuss what it’s like to bring characters to life and how their roles are helping to shape the awesome first season story arc that will leave fans wanting more. But sorry, everyone. No spoilers allowed! Featuring: Tiffany Smith, Griffin Newman

Come join the fine folks at Tweeterhead as they discuss their high-end Maquette line for Masters of the Universe, LEGENDS! Learn more about the “Legends” Maquette line, where it started, where it might go, life-size busts and MORE! Plus ejoy some good ol’ Q&A time with their Creative Director, David Igo! We hear he’s totally handsome. Featuring: David Igo

12:30pm – 1:20pm – Passing the Sword to the Next Generation: He-Man and the Masters of the Universe (Streaming online)

We’re all children at heart and Mattel is excited to introduce the beloved MOTU characters to an entirely new generation. Hear from the executive producers of the upcoming Netflix CG animated series, He-Man and the Masters of the Universe. Don’t miss behind-the-scenes stories from these creative masterminds! Featuring: Rob David, Jeff Matsuda

Explore the latest Masters of the Universe offerings from Dark Horse Comics. Find out about the stories that are expanding upon the latest animated adventures being told about the most powerful heroes and villains.

Nothing screams iconic like the master of music himself, Emmy® and BAFTA® Award winner Bear McCreary. Be sure to catch the composer as he shares his inspiration behind the score for Masters of the Universe: Revelation. Featuring: Bear McCreary

5:00pm – Main Showroom and the Convention as a whole closes to the public. Thank you for coming, and we hope to see you next time!