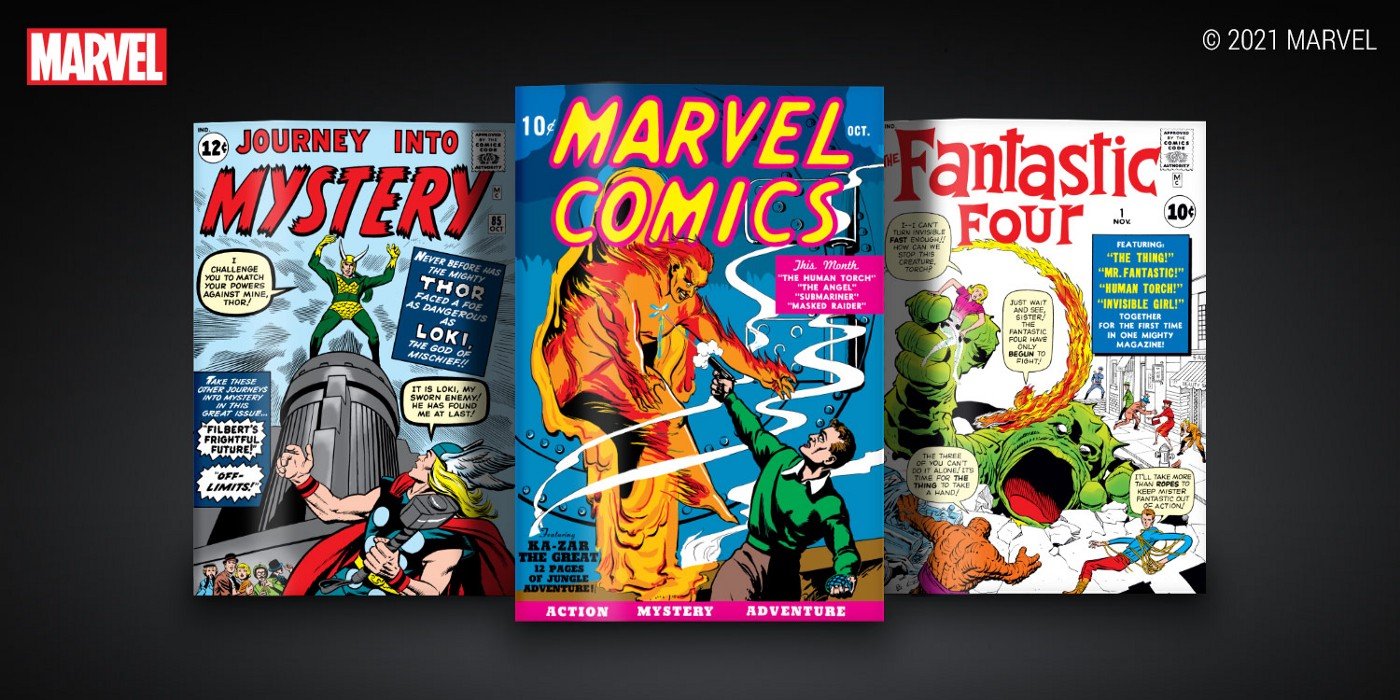 Marvel’s first-ever limited-edition digital comics dropped today on the Ve Ve iOS and Android apps. Kicking things off will be Marvel Comics #1 followed by Journey Into Mystery #85, which marks the first appearance of Loki. Soon after, Fantastic Four #1 will drop.

VeVe brings the world of collectibles into the digital realm and right into the palm of your hand. Collect limited edition 3D sculptures of your favorite heroes, characters and icons in premium digital format, right from your smartphone. To begin, download VeVe app on iOS or Android. Then, create your VeVe account in the app, browse the Store and start collecting!

Remember, there’s a fee for NFT purchases. As with all Marvel digital collectibles, a 6% licensor fee will be applied to Marvel sales in the secondary market in addition to the existing VeVe 2.5% secondary market fee.

Here are the drop details:

The FIRST Marvel comic ever — the one that started it all in 1939! The Marvel Universe’s big bang is in these pages and it kicks off with an explosion as the android Human Torch, in his first appearance, collides with Namor the Sub-Mariner (also his first appearance). This is the first comic book ever published by Marvel, then known as Timely Comics.

The First Appearance of Loki, the God of Mischief. Never before has the mighty Thor faced a foe as dangerous as his brother Loki. The Thor family expands with the first appearances of Asgard, Loki, and Heimdall in this milestone issue. When Loki travels to Earth, the trickster god will stop at nothing to get revenge on his hated brother Thor, including unleashing his magic on the helpless mortals!

The first appearance of the Fantastic Four — the comic that redefined Super Hero comics and introduced the Fantastic Four to the world. The Fantastic Four spring into action as a team for the very first time. Mr. Fantastic, Thing, The Human Torch, and the Invisible Woman are heroes transformed and gifted with extraordinary powers after being exposed to cosmic radiation in an experimental space flight. But will they learn how to control their newfound powers enough to stop the fury of the Mole Man? The ripple effects of this single issue continue to influence comic books to this day.