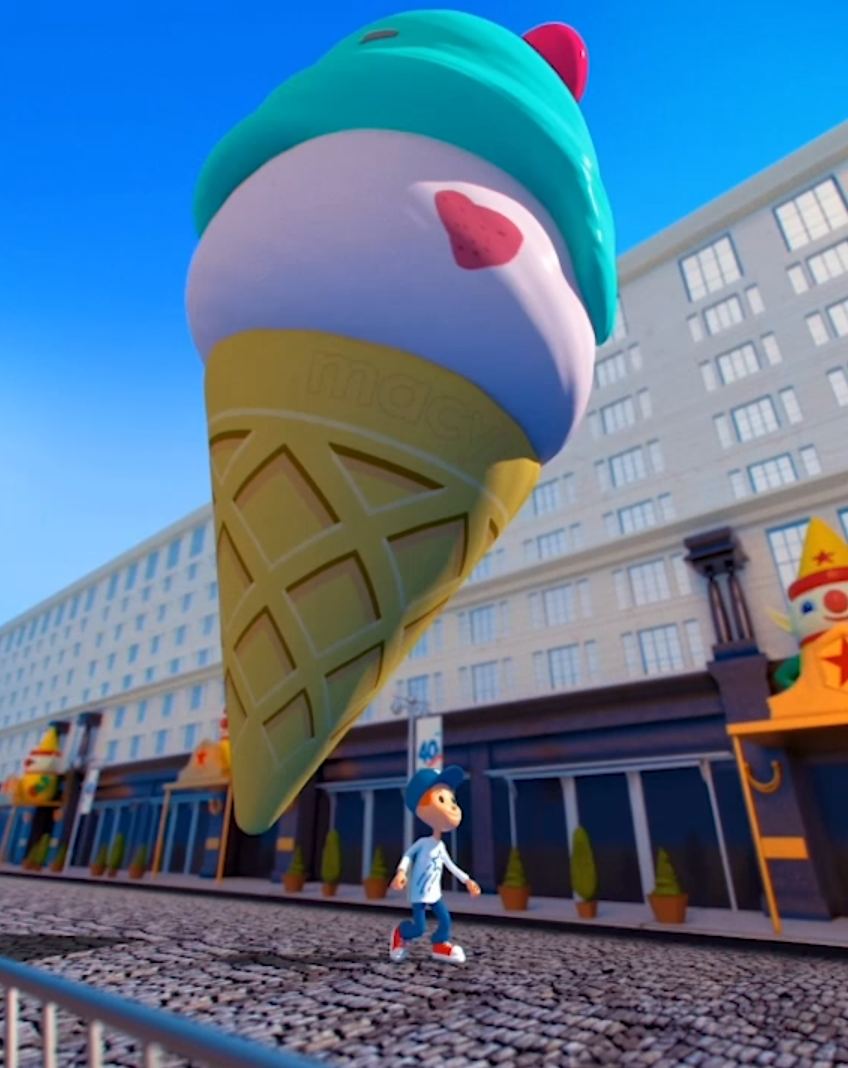 In celebration of its 95th Macy’s Thanksgiving Day Parade march, the magic of the Macy’s Parade will take on new form, as one-of-a kind digital collectibles with the launch of 9,510 limited edition NFTs (Non-Fungible Token) powered by Sweet. Plus, a special auction of 10 NFTs featuring balloons from the Parade’s nine-decade legacy will be offered to benefit the Make-A-Wish foundation.

“As we celebrate our rich legacy, 95 years in the making, we were struck by the unique place the Parade holds in pop culture, always evolving and reflecting the greatest characters and artists of each generation. To celebrate that history, we created art in a new form through NFTs that would bring the magic of the Parade to a new generation while raising funds for our partner Make-A-Wish.”

Designed by REOMETRY, a digital agency led by NFT artists REO and Seth Brown, the NFTs are based on Macy’s archival and creative content. The generative artworks will feature one of ten Macy’s balloons, covering legacy characters and ornamental figures that have appeared over the course of the Parade’s 95-year history, from the late 1920s through today. Check out a preview of the designs in the teaser video below.

Parade fans nationwide, will have the opportunity to secure and claim one of the free Macy’s Parade generative NFTs beginning on Thursday, November 25 at approximately 10:00 AM ET, as they enjoy the 95th Annual Macy’s Thanksgiving Day Parade, live in New York City or viewing in homes nationwide. The free NFTs will be available on a first-come, first-served basis. As fans claim their NFTs they will also have the opportunity to enter a sweepstakes to win $10,000 (See macys.com/NFT for official entry rules and regulations. No purchase or claim to an NFT collectible is necessary to enter. Sweepstakes ends on Tuesday, November 30 at 11:59 PM ET).

Powered by Sweet’s consumer-first NFT platform and built atop the sustainable Polygon blockchain, these NFTs will be carbon-neutral and easy for all Parade fans to collect, trade and sell. If NFT owners decide to sell their Macy’s Parade NFTs in the NFT after-market on compatible marketplaces, 10 percent of any sales generated will be donated to Make-A-Wish, in perpetuity. This means that any time one of these unique 1 of 1 NFTs are sold, a 10 percent residual fee from the sale price will automatically be donated to Make-A-Wish. By employing NFT technology in this way, Macy’s is forging a path of charitable contributions that goes far beyond what traditional methods can achieve. The 9,500-piece free generative Macy’s Parade NFTs will be distributed to Parade fans randomly and will come in various degrees of rarity including Classic, Rare, or Ultra Rare.

The 95th Annual Macy’s Thanksgiving Day Parade, live from New York City, airs on NBC & Telemundo on Thursday, November 25 from 9:00 AM – Noon, in all time zones, and can be streamed on Peacock. For information on the annual holiday spectacle visit macys.com/parade.