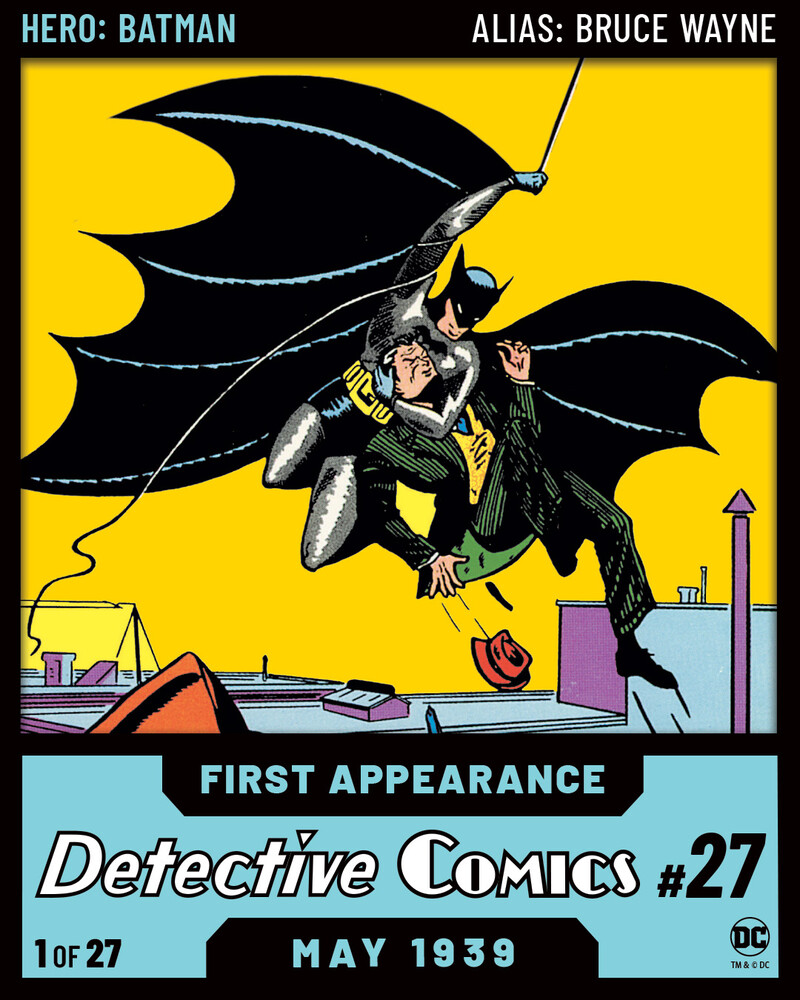 In that same spirit, DC Comics has created a series of virtual collector cards to celebrate this momentous new release. Each card celebrates a pivotal first appearance that took place in the pages of Detective Comics over the years. Batman, Gordon, Robin, Peguin, the Riddler, Two-Face—they’re all here (though not Catwoman or the Joker—they both debuted in the pages of Batman).

Detective Comics #1027 will be available worldwide in print and as a digital comic on Tuesday, September 15th.