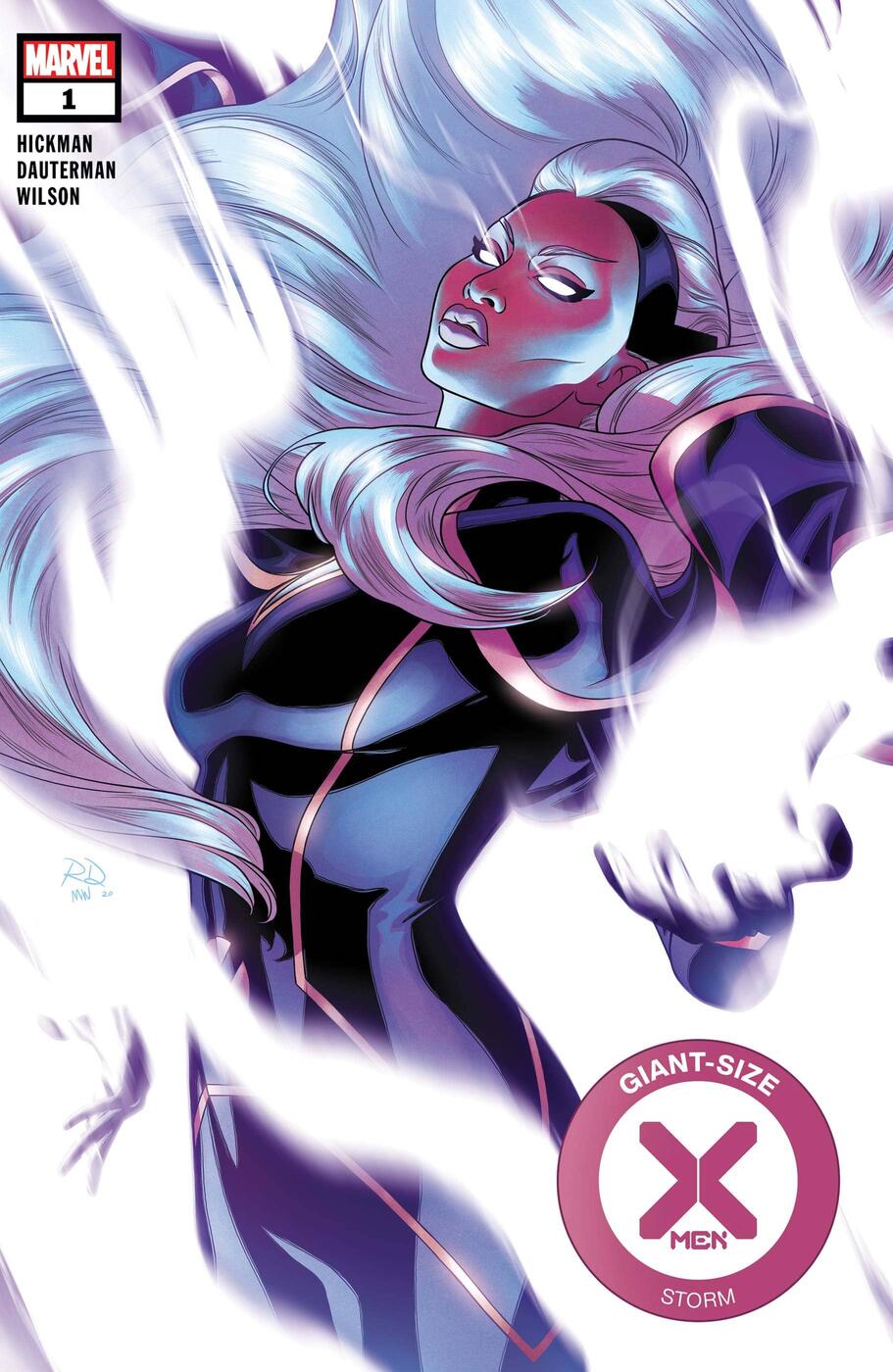 GIANT-SIZE X-MEN: JEAN GREY AND EMMA FROST #1 put the nation of Krakoa on notice when it was discovered that Ororo Munroe, AKA Storm, had been infected by the Children of the Vault with a machine virus that left her with only 30 days to live. This week, writer Jonathan Hickman and artist Russell Dauterman finished that story with GIANT-SIZE X-MEN: STORM #1, as the events of this issue dovetailed nicely with GIANT-SIZE X-MEN: FANTOMEX #1. In the process, two mutant lives have been greatly changed.

During HOUSE OF X, Marvel’s mutants seemingly conquered death with the resurrection protocols. Storm’s one-shot finally asked the question that many fans may have had on their minds. If Storm can die and return from the grave, then why is she worried about this fatal virus? It’s true, Storm could likely come back from the beyond, just as Kate Pryde recently did in MARAUDERS #12. But life is precious to Storm. Far too precious for her to simply lay it down and accept defeat. Until Storm passes, it is still very much her life. She won’t surrender it without a fight.

Meanwhile, Fantomex has been chasing something his entire life. But it’s always remained out of reach. GIANT-SIZE X-MEN: FANTOMEX #1 revealed that he keeps breaking into The World, the artificial environment created to facilitate the development of living weapons. Before Fantomex literally made a name for himself, he was Charlie-Cluster 7. But there’s also a near exact duplicate of Charlie-Cluster 7 living in the heart of The World. Nearly every decade, Fantomex cons someone into helping him distract The World while he offers his clone brother a chance to leave. And every time, his brother refuses. Every time, the brother seems further and further away from who and what Fantomex has become.

Storm and Fantomex’s interests didn’t align until Monet St. Croix and Douglas Ramsey tracked down Ned, an AIM scientist, to help them cure Storm. Fantomex had already bribed Ned to get him back into The World one more time; he couldn’t resist trying to get something out of the deal from the X-Men. That’s one of the reasons he’s not on Krakoa.

Earlier in the issue, Jean told Storm that the machine virus ravaging her body was not like the Techno-organic virus of Warlock’s people, or the virus that has plagued Cable’s body throughout his life. That was further illustrated when Storm was nearly overtaken by the virus after overexerting herself. Thanks to Ned’s expertise, and a machine designed to separate the technological and biological elements of Storm’s body, Ororo was saved. The experience also reaffirmed her commitment to life.

As for Fantomex, his brother no longer looks very human at all, and his features are hidden underneath impenetrable armor. When the duplicate Charlie refused to leave The World yet again, Fantomex decided to remain as well. Additionally, Ned chose to stay, because it appealed to his inner-evil scientist. Storm briefly considered taking Ned back anyway, but instead she simply thanked him and asked him to stay out of trouble. Like that’s gonna happen.

Some big questions do remain. How did the Children of the Vault infect Storm? And why? It could have happened when Storm encountered Serafina in X-MEN #1. Serafina is one of the most prominent Children of the Vault, but she displayed no animosity towards Storm in that issue. Perhaps the virus was a means unto itself. Because unlike the others present in The World, Douglas recognized an emerging life form when he saw one. The virus has become something else. What that means for the X-Men remains to be seen.