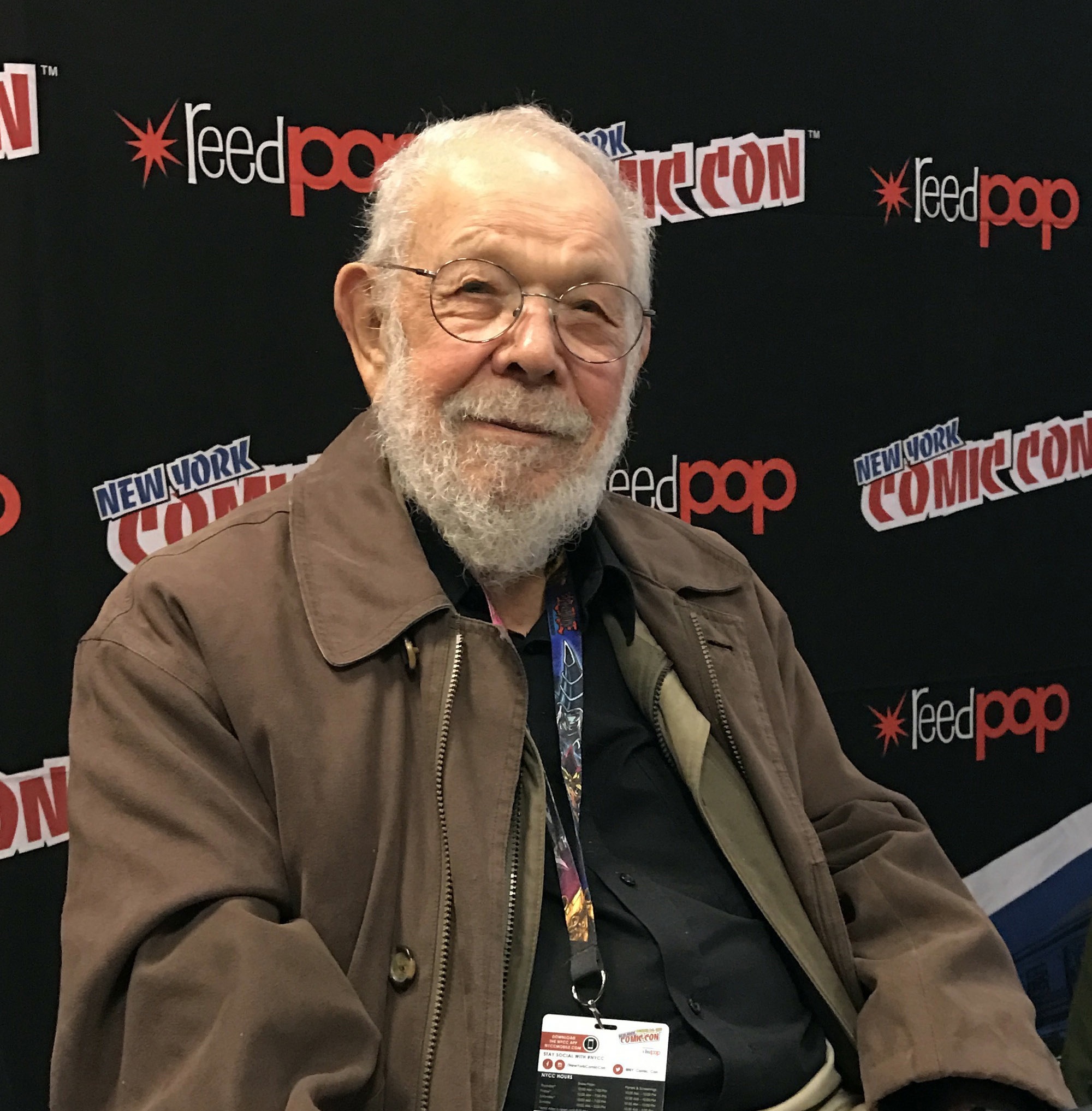 The legend, Al Jaffee, had decided to retire at the age of 99. Mad will salute Jaffee with a tribute issue next week. It will be the magazine’s final issue to offer new material before the format shifts to limited runs featuring previously-release material. Included in the issue’s new material will be Jaffee’s final Fold-In.

Jaffee studied at the High School of Music & Art in New York City in the late 1930s before beginning his career as a comic book artist in 1941, drawing for Timely Comics and Atlas Comics, precursors to Marvel Comics. During the war he worked as an artist for the military. In 1946, he began working for Stan Lee editing Timely Comics’ humor and teenage comic books. From 1957 through 1963, Jaffee drew Tall Tales for the New York Herald Tribune which was syndicated to over 100 newspapers.

Jaffee first appeared in Mad Magazine in 1955 when the magazine transitioned from comic book format to a magazine format. He worked for Mad for less than a year before leaving with editor Harvey Kurtzman to Humbug magazine. When Humbug folded, he returned to Mad.

In 1964 (issue 86), Jaffee created the first Fold-In. It was originally intended to be a one-time satire of the fold-ins found in Playboy and Life magazine.

“I thought to myself … now it’s folded in and I’ve got to have something on the left side here, and something right side here. And the only thing that popped into my head was that Elizabeth Taylor had just dumped Eddie Fisher and was carrying on with Richard Burton. So I had Elizabeth Taylor kissing Richard Burton, and a cop is holding the crowd back – and just for the fun of it I put Eddie Fisher being trampled by the crowd. What a cruel thing to do! And then, when you fold it in, she’s moving on from Richard Burton and kissing the next guy in the crowd. It’s so simplistic and silly and juvenile! And anyone could have done that!

I showed it to Al Feldstein, and the first thing I said was, “Al, I’ve got this crazy idea, and you’re not going to buy it, because it mutilates the magazine.” So I put it in front of him, and the thing about Al was, he liked things that intrigued him. The mechanics of it intrigued him. He said, “You mean, you fold it, like this…? And then…?” He folded it, he unfolded it, he folded it, and then he said, “I like this!” But I said, “Al, it mutilates the magazine.” And he said, “Well, I’ll have to check it with Bill.” He takes it, runs it to Bill’s office, and he was there a little while, and he comes back and he says, “We’re going to do it! You know what Bill said? Bill said, ‘So they mutilate the magazine, and then they’ll buy another one to save!’
Four or five weeks later, Al comes over to me and says, “When are you going to do the next Fold-In?” And I said, “I don’t have another Fold-In. That was it!” So he said, “Come on, you can come up with something else.” I wracked my brain, and the only thing I could come up with was Nixon [whose face was hidden within curtain folds]. That one really set the tone for what the cleverness of the Fold-Ins has to be. It couldn’t just be bringing someone from the left to kiss someone on the right.”

Oddly, Jaffee creates the Fold-In artwork by hand on a flat board which cannot be folded.

“I never see the finished painting folded until it’s printed in the magazine. I guess I have that kind of visual mind where I can see the two sides without actually putting them together.”

Overall, Jaffee’s work appeared in 500 of the magazine’s 550 issues. He has received the National Cartoonists Society’s Reuben Award and was inducted into the Will Eisner Hall of Fame.