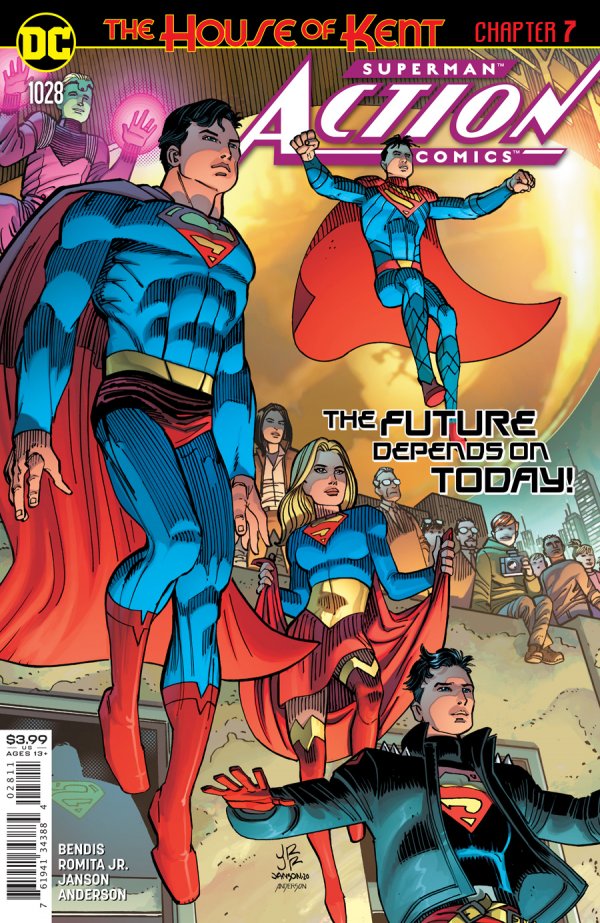 Shortly after his exit from Marvel, Brian Bendis was given the reins of a newly relaunched Action Comics and Superman with issue 1,000 of each. Action Comics #1028 marks the end of Brian Bendis’ successful Superman run, making the issue particularly important to collectors.

The House of Kent arc began in August 2020 in issue #1022 and explored Conner Kent’s origin (Conner has no idea where he came from or who created him) and the Daily Planet’s path following the revelation that the newspaper was owned by a criminal organization. Brainiac 5 from the 31st century assists Superman in the arc and we find that the Daily Planet has been taken from the Invisible Mafia and sold to – Jimmy Olsen.

Action Comics #1028 follows the events of The House of Kent. The issue opens with Perry White, dazed by the fact that he now works for Jimmy Olsen. Olsen explains that he found he was related to Lex Luthor and thus, inherited half of the Luthor family fortune. He used this fortune to purchase the Daily Planet. Having no desire to run the newspaper, he grants full creative control to White.

Connor Kent’s origin is explored. It is noted that he is a clone and could potentially lose his powers at any point. Oddly, everyone remembers Conner except for Superman. It’s an odd effect of the “multiverse reboot”. Superman takes Conner to his parents in Smallville and leaves him in their care.

Meanwhile, Superman and Jon Kent take the day off and use their time just to help people out. They tackle various odd and ends in a charming display of volunteerism. When the two supermen stop to help change a tire on a school bus, a student calls out to Superboy, “Hey, you should team up with Robin! That’s all you should ever do!” The line was a Brian Bendis jab at rabid fans who insist on seeing a Superboy and Robin crimefighting team.

The issue closes just as it began – in the offices of the Daily Planet. As the workers idly chat, Superman is called to a mission in Kahndaq. The closing frames seem to be the most important of the entire run. As Superman leaves the office, we are given a closeup of his face. He appears sad and disappointed that he as to leave. Maybe it’s time for Superman to take a break and allow Jon to assume the role of Earth’s protector.

Action Comics #1028 wraps up storylines and neatly ties up loose ends. It’s markedly light-hearted, leaving Bendis’ fans with a smile on their face.