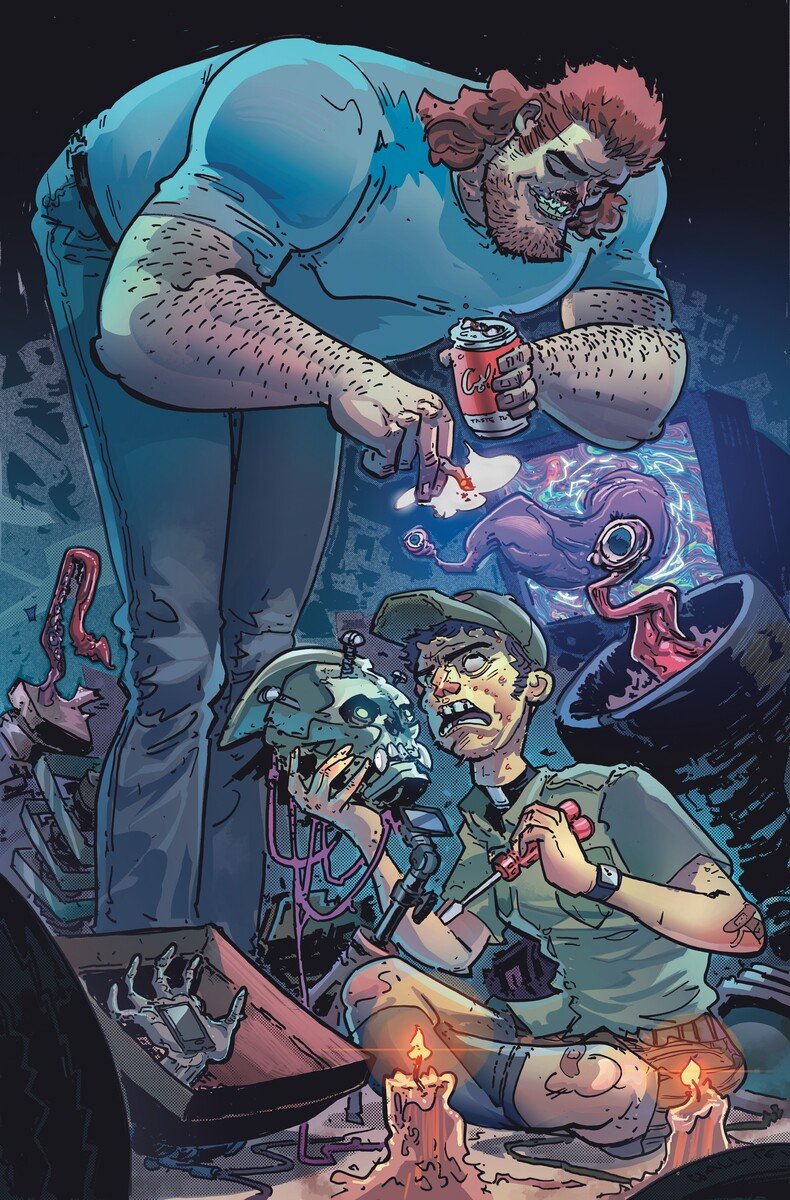 Marcus Parks, Henry Zebrowski and Ben Kissel, the hosts of The Last Podcast on the Left, have created a new six-issue series for DC Comics that dives deep into the sewers of the human soul. The synopsis according to DC:

“Edgar Wiggins, a disgraced former seminary student, is desperate to find a way to answer what he believes is his higher calling. He thinks he’s found it in a seminar hosted in a hotel conference room by the Soul Plumbers, who have a machine that could be the secret to delivering souls from Satan. Edgar’s too broke to buy in, but that’s not enough to stop this true devotee: he steals the blueprints and builds a pirated version with what components he can afford on his gas station attendant salary. Then he goes after a demon, misses… and ends up pulling out something much worse.”

Soul Plumbers marks the second title in the DC Horror imprint. With gorgeous art by John McCrea (Hitman; Judge Dredd), Soul Plumber is destined to be a horrifying roller coaster ride for fans of comics, fans of horror, and fans of horror comics.

Soul Plumbers #1 will be available on October 5, and digitally on the same day for DC UNIVERSE INFINITE SUBSCRIBERS at dcuniverseinfinite.com.