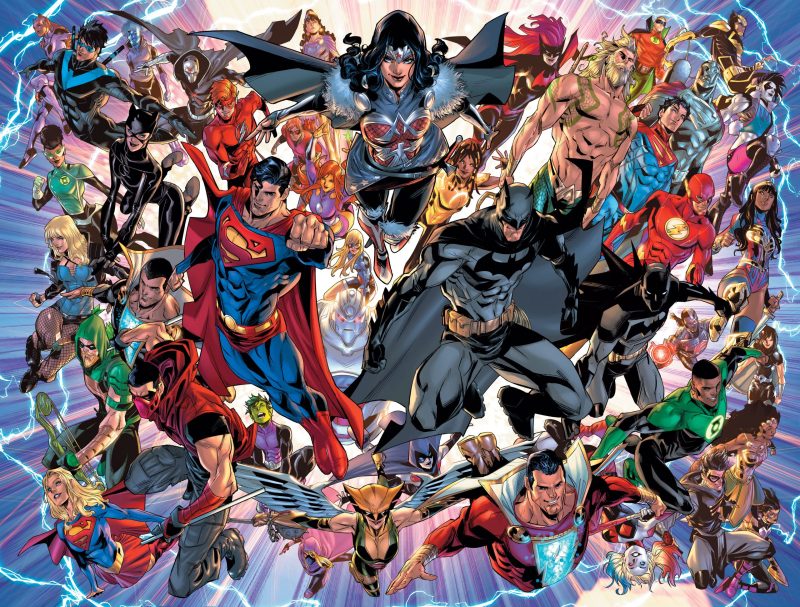 Future State gave us a glimpse of the far future in the DC Universe. New heroes, different attitudes, and famous series locations in various states of despair. But how did we get there? The story begins to unfold in DC Comic’s newest series, Infinite Frontier. Infinite Frontier #0, a 64-page one-shot issue, kicks things off and sets the stage for the new, reborn story lines about to unfold.

In Infinite Frontier, the reveals are plenty. With a stance straddling the past and the future, we find there are three Batgirls again, the Justice League reboots, the Magistrate is still wreaking havoc in Gotham City, Hippolyta turns over her crown to anther Amazonian, Green Arrow sidekick Roy Harper returns from the dead, Wally West returns as The Flash, and Green Arrow Alan Scott comes out of the closet. Of particular interest, the standout hit from Future State, Yara Flor, approaches her superhero destiny apart from what we witnessed previously in the story of the new Wonder Woman.

You can grab our Infinite Frontier #0 collector’s pack here. We have limited issues remaining and it’s sure to be a collector’s item.